Question: Why do we find crownlets in the Torah on the letters shin, ayin, tet, nun, zayin, gimmel, and tzaddi? And why only these letters?

Answer: Your question is discussed in the Talmud in Tractate Menachot (29b). The Gemara quotes R. Yehuda, who said in the name of Rab: When Moses ascended to heaven to receive the Torah, he found G-d engaged in affixing taggin (three small upward strokes in the form of a crown) to the letters. Moses asked, “Master of the Universe, who is forcing Your hand [that You have to add crowns to the letters – see Rashi]?” G-d replied: ‘There will be a man, after many generations, whose name is Akiva ben Yosef, and he will expound a multitude of laws based upon each stroke of these crownlets.”

Moses asked to be permitted to see this man, so G-d instructed him to turn around. Moses found himself in a Beth Hamidrash and sat down behind eight rows of Rabbi Akiva’s disciples (some say it was 10 rows). He couldn’t, however, follow their argument and felt as if his strength had been sapped. When they came to a certain topic, though, the students asked Rabbi Akiva (in reference to a law that was being discussed): “From where do we know this?” Rabbi Akiva responded, “Halacha leMoshe miSinai – This is an oral law handed down to Moses at Sinai.”

Upon hearing Rabbi Akiva’s response, Moses was comforted. Moses then said to G-d: “You have such a man and yet You give the Torah through me?” G-d replied: “Hush, this is My decree” (literally, “So it has come to My mind”). Moses then said, “You have shown me his Torah scholarship; please show me his reward!” Moses was again instructed to turn around and he saw Rabbi Akiva’s flesh being weighed in the market. (Tractate Berachot 61b states that Rabbi Akiva was tortured with iron combs during the Hadrianic persecutions.) Moses then cried out: “Such Torah [knowledge], yet such a reward?” To which G-d replied: “Hush, this is My decree.”

The Talmud then quotes Rava who states that seven letters require three strokes on top, forming a coronet: shin, ayin, tet, nun, zayin (which spell shatnez), and gimmel and tzaddi. (The Talmud adds that the letter chet also has on its roof a vertical stroke [or strokes – see the debate between Rashi and Tosafot, ibid.], and the letter heh has a suspended inner leg.) We find all seven letters in the first section of the Shema together with the verse of “Vehaya ki yevi’acha…” (Deuteronomy 6:4-11).

As for the phrase “Halacha leMoshe miSinai”: It is usually defined as referring to halachot (rules and laws) that have no basis in any specific verse of Scripture; rather, they were conveyed orally to Moses on Mount Sinai. However, we see from the Gemara quoted above that “Halacha leMoshe miSinai” also includes laws that are based on expositions related to the taggin found on letters in specific verses.

To better understand the importance we attach to interpretation or derasha, let us consider the mitzvah of donning tefillin. We are commanded (Deuteronomy 6:8), “U’keshartam le’ot al yadecha, ve’hayu letotafot bein eineicha – And you shall bind them as a sign upon your arm and let them be ornaments [or frontlets, as per Jastrow’s translation] between your eyes.” How are we to understand from this verse alone, without the Oral Law, that passages of the Shema are to be written down and inserted in leather cases which are then to be tied, with leather straps attached to them, to the left arm (or right arm for one who is left handed) and the forehead during morning prayers?

R. Ishmael and Rabbi Akiva (Sanhedrin 4b) discuss the source of the requirement to insert four sections of the Shema in phylacteries. Rabbi Akiva maintains that the word totafot itself implies four, for tot means “two” in Katpi (possibly a Coptic language), and fot means “two” in an ancient North-African language. Rashi remarks that these words allude to the four parshiyot of the tefillin as well as the four separate compartments in the head phylactery into which they are placed.

These and other questions are answered through exposition of various verses and “Halacha leMoshe miSinai” (see Tractate Menachot 34b-38a and Rambam, Hilchot Tefillin, for further details).

The rules concerning the etrog on Sukkot as well as numerous other precepts are all derived through exposition and “Halacha leMoshe miSinai.” Without the Oral Law, we would be unable to understand, much less perform, many of the mitzvot.

We might also add that when we read from the Torah, or view its text upon receiving an aliyah, we see letters written with crownlets, thus receiving a reminder that the Written Law is bound to the Oral Law. 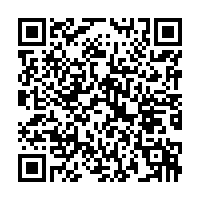