Question: I find it very difficult to understand the punishment of death that was meted out to Rabbi Akiba’s students. If he was so great, we can assume that his students were of a superior caliber as well. If so, why did they deserve such a harsh punishment?

Answer: The Aruch HaShulchan (Orach Chayim 493:1-5) writes, “The days between Pesach and Shavuot have been treated by all of Jewry for hundreds of years as days of judgment and mourning because 12,000 pairs of Torah scholars, the students of Rabbi Akiba, died in this short time period, as the Talmud (Yevamot 62b) relates.” (The Aruch HaShulchan also notes that in the last millennium a great number of Jewish communal tragedies occurred in Europe.)

He continues: “Therefore it has been accepted by all of Jewry from the times of the Geonim not to marry between Pesach and Shavuot.… We also find that they have accepted not to cut their hair during these days, as a sign of mourning….”

The Aruch HaShulchan cites various customs in this regard. Most are of the opinion that the period of mourning is only 34 days. Some start the mourning period immediately after Pesach (Pesach itself is included in the count of 34 days, but excluded from any manifestations of mourning due to its festival status) lasting until the 34th day of the Omer. Others begin from Rosh Chodesh Iyar until three days before Shavuot (the three days of hagbalah). (See ad loc. for more detail.)

To address your question, let us look at the following pesukim (Leviticus 10:1-3): “Va’yikchu bnei Aharon Nadav v’Avihu ish machtato vayitnu bahen esh va’yasimu aleha ketoret va’yakrivu lifnei Hashem esh zara asher lo tziva otam. Va’tetze esh milifnei Hashem va’tochal otam va’yamutu lifnei Hashem. Va’yomer Moshe el Aharon, hu asher dibber Hashem lemor, bikrovai ekadesh ve’al pnei kol ha’am ekaved, va’yidom Aharon – The sons of Aaron, Nadab and Abihu, each took his firepan, and put fire in it and frankincense upon it, and they brought before Hashem a strange fire which He had not commanded them. And a fire went out from Hashem and devoured them, and they died before Hashem. Then Moses said to Aaron: This is what Hashem spoke, saying, ‘With those that are near [dear] to Me I will be sanctified and before the entire people I will be glorified’; and Aaron was silent.”

The Talmud (Eruvin 63) states that Nadav and Avihu, in spite of their unique greatness, erred in that they thought that even though a heavenly fire descended upon the altar, they were to light a fire of their own as well. They did this based on the verse in Parshat Vayikra (1:7): “V’natnu bnei Aharon ha’kohen esh al hamizbe’ach – The sons of Aaron, the High Priest, shall place a fire on the altar.” Though the command in this verse indeed reflects the halacha, Nadav and Avihu were guilty of acting in this manner in front of their teacher, Moses, who had not issued this instruction. The Torah Temimah (Leviticus 10:2) cites the Maharsha (to Eruvin 63) who asks the obvious question: But Moses did issue this instruction in the verse we just quoted! How then could the Gemara state that Nadav and Avihu were punished for doing something without their teacher’s permission?

The Torah Temimah first tries answering this question by examining another example of a biblical figure issuing his own halachic ruling. In the book of Samuel, it states, “Va’yishchatu et hapar va’yaviu et hanaar el Eli – And they slaughtered the bull and brought the youth [Samuel] to Eli” (I Samuel 1:25). The Gemara (Berachot 31b) notes the seeming disconnect between the beginning and end of the verse. Because Samuel’s parents slaughtered a bull they brought the youth to Eli?

The Gemara resolves this problem by explaining that they went out in search of a kohen to slaughter the bull and at that point Samuel asked them why they were searching for a kohen when an Israelite may also slaughter it, as the verse (Leviticus 1:5) states “V’shachat et ben habakar lifnei Hashem v’hikrivu bnei Aharon ha’kohanim et hadam – And he shall slaughter the bull before Hashem and the sons of Aaron, the priests, shall bring forth the blood….” Only the service starting from bringing the blood requires a kohen. The slaughter itself, though, may be done by an Israelite. When the attendants perceived what Samuel had done, they brought him before Eli, who remarked, “You have spoken well, but you are guilty of rendering a halachic decision in the presence of your teacher [Eli referring to himself].” The Gemara relates that Chana then begged Eli to forgive Samuel for his transgression.

This incident, however, is not comparable to the one concerning Nadav and Avihu since Samuel decided the halacha on his own while Nadav and Avihu simply followed Moses’ command (as we mentioned above). The Torah Temimah admits to the dissimilarity between the two cases and therefore explains that Nadav and Avihu erred because they misunderstood Moses’ instruction. 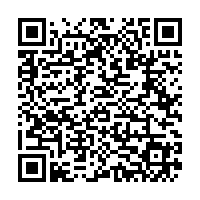