Answer: I have in my possession a book that gave me much solace when I lost my beloved father, Reb Anshel ben Reb Moshe Feivel Klass, z”l, whose third yahrzeit was a few weeks ago (the 11th of Sivan).

Written by Mrs. Esther Stern and published by Feldheim, the book reveals the many benefits of one word, “Amen,” and its centrality to tefillah. One chapter focuses the reply of “Amen, yehei shmei rabbah m’vorach l’olam u’l’olmei almaya,” which is the central component of Kaddish.

The author relates the following: “The streets of the Jewish area in Nove Zamky, Slovakia were usually deserted on a regular Shabbos afternoon. Aside from the occasional laughter and shouts of children at play, a general ambiance of quiet and rest permeated the air.

“This Shabbos, however, was different. Teems of black garbed men purposefully strode through the streets, all heading in the same direction – to the main shul. Word had spread that the revered dayan, the brilliant Rabbi Avrohom Stern, son-in-law of their Rav, Rabbi Yosef Tigerman, would be delivering one of his famous discourses. The shul was packed to capacity; no one wanted to miss it.

“After the riveting discourse, Rabbi Stern abruptly switched to another topic, stunning the audience by the sharp, solemn way he spoke. He admonished the assembled about the plague of talking while praying in shul. Quoting Ramak [Rabbi Moshe Cordovero], he said that the word seivah – longevity is an acronym of the phrase, shesika yafeh b’sha’as hatefillah – silence is appropriate during prayers.

“‘One who is careful not to talk mundane words during prayer and does not miss answering Amen and Amen Yehei Shmei Rabbah will merit to live a long life,’ he declared, ‘and I don’t want to say it explicitly, but the reverse is also true.’

“The audience took his words to heart and during the Shabbos prayers that followed, no one so much as whispered anything other than words of prayer. No one, that is, besides one young man named Naftali [not his real name].

“That night, Naftali had a terrifying dream. He was standing in front of the Heavenly Court and an accusing finger was pointing at him.

“Horrified, he heard the chilling words, ‘You are found guilty. You are condemned to die.’

“‘But why?’ Naftali pleaded. ‘I am still young, I have a wife and small children. I still have so much to accomplish in life.’

“‘You spoke in the middle of Kaddish and neglected to answer Amen and Amen Yehei Shmei Rabbah,’ his prosecutor said.

“‘I didn’t know that was such a grave sin,’ implored Naftali.

“Another prosecutor retorted scathingly, ‘Didn’t you attend the discourse of your dayan this Shabbos? Do you deny hearing quite clearly in the name of Ramak that the acronym of shesika yafeh b’sha’as hatefillah spells out seivah – long life? Weren’t you also warned that the reverse is true as well?’

“Naftali realized that he had no defense – his verdict was just.

“In desperation, he cried out, ‘Please! Give me one more chance! I accept upon myself from now on never to utter one word in the middle of my prayers and to try not to miss even one Amen. I’ll even encourage others to be careful too! Please.’

“At that point, Naftali awoke from his frightening nightmare. He shuddered. remembering each vivid detail of those terrifying moments. It had all seemed so real. In fulfillment of the promise he had made, he resolved to publicize his dream. The story spread quickly and made a profound impact on the people of the village. Not only were the Jews of the town inspired to maintain decorum during their prayers, but also every word of their revered dayan took on new meaning from then on.

“As for Naftali, he realized that his life had been spared due to his promise. He faithfully kept his word for the rest of his life.

“Naftali printed his story and distributed it throughout shuls at the time. Many shuls today still have the story’s message displayed on a placard: seivah = shesika yafeh b’sha’as hatefillah – even though the event took place almost 80 years ago [at the time of the writing of this book].

“Dayan Avraham Stern had five sons, and each one of them was a giant in Torah. Only two of his sons survived the horrors of the Holocaust and lived to become renowned poskim of the previous generation. One was Rabbi Betzalel Stern, zt”l, founder of religious communities in Melbourne, Australia and Vienna, Austria, and author of B’Tzeil Ha’Chochma and Ahaleich B’Amitechah. The other was Rabbi Moshe Stern, zt”l, the Debreciner Rav of Boro Park and author of [Responsa] Ba’er Moshe.

“Dayan Avraham Stern’s sons published the details of this story in the introduction to their father’s sefer Melitzei Eish. When Rabbi Moshe Stern related the story, he would always add, ‘I myself witnessed it when it happened.’”

Such is the power of Amen, the power of Kaddish, a special prayer that benefits both the living and the dead. Such a powerful tool for man, yet it has eluded many of us during this unfortunate pandemic. 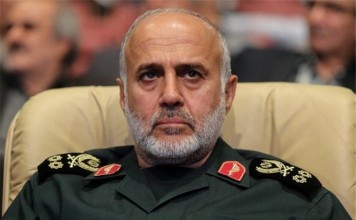 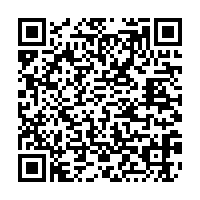