Answer: We mentioned that the S’dei Chemed posits that saying Kaddish is a means of honoring one’s parent. With that in mind, here is an important excerpt from Kaddish: Its Origins, Meanings and Laws by the gaon HaRav Dovid Assaf, zt”l, who was the rav in Haifa, Israel for more than 30 years. I believe Rabbi Assaf gives us great insight into the gravity of saying Kaddish:

“Common people are often mistaken in a critical respect; they imagine that when it comes to honoring one’s parents after they die, the main thing is to lead the prayer service and to recite Kaddish. Indeed, some seize every possible opportunity to recite Kaddish. The rest of the day, however, they behave as they please. This is their mistake, for what is crucial is to learn even more Torah, and to constantly perform good deeds, and to be careful to avoid doing anything forbidden. This is how a son rewards his father [and mother] and regarding this it is written that it is better to heed [G-d’s words] than to offer many sacrifices.

“Some people even go so far as to bicker in a synagogue for the right to recite Kaddish and lead the prayer service, sometimes even coming to blows! They do not comprehend that thereby they have lost more than they gain.

“If a Jew presumes to ignore the custom of his people, and does not recite Kaddish for his father or mother, it is a sign that he is crooked, and that throughout the day he is sinning in other ways too, whether in thought, words or actions. When this is the case, there is really little benefit for his deceased parent in his recitation of Kaddish. It is regarding this type of thing that Scripture admonishes us not to bring offerings in vain. Indeed, such a person runs the risk that his faults will be remembered; throughout the day he fills his mouth with mindless laughter and deceit, swearing and cursing profusely, and this sullied mouth then utters Kaddish! Does he imagine he is causing his father’s soul to ascend the steps to Heaven while he forsakes his own soul?…

“Thus the main thing is that children keep to the straight and narrow path, for this ultimately, causes the greatest benefit to the parents. This idea is found in Zohar (end of Parashat Bechukotai): ‘A son must honor his father etc.: The son who keeps to the straight and narrow path, and whose deeds are righteous, is certainly honoring his father…. He causes him honor both in this world and the next, and G-d cherishes him.’ But woe to those contemporary parents who rely on their children to redeem them and save them from damnation! In general their wishes will be confounded.

“Kaddish was enacted to counteract the sin of desecration of G-d’s Name of which the father may have been guilty. The son should sanctify [G-d’s Name], and believe in the notion of reward and punishment; and by sanctifying G-d he spares his father from descending into the pit. However, if, while reciting Kaddish, he entertains blasphemous thoughts, and imagines that G-d has abandoned the earth and does not observe his deeds, this is a contradiction. It is not the proper frame of mind for a person who wishes to honor his parents. Instead, he should hasten to recite Kaddish for their souls, and should make a point of praying in public, and of reciting Shema and saying Shemoneh Esreh, and responding Amen to every blessing; he should run his household according to the injunctions of the Torah, in purity and holiness – both purity of the soul and of the family. Then his recitation of Kaddish will certainly have the desired effect for his deceased parents. The opposite is true regarding a wicked son. It is easier for a parent to suffer the war of Gog and Magog than to suffer a wicked child.

“Those who wish for the amelioration of their father’s soul should not fool themselves that when the time comes, suffice it to run and say Kaddish, and afterwards perform any abomination they desire. One sometimes witnesses people running to the synagogue on Sabbath, a lit cigarette in their hand, in order to say Kaddish! Of course before they reach the synagogue they cast the cigarette out of their hand… but as soon as it is over they revert to their ungodly ways.”

Rabbi Assaf continues: “I hereby inform them that this Kaddish which they have recited has done nothing but hurt their father. They have not attained their goal of doing him a kindness. Why? Because you can’t proclaim ‘May His great Name be exalted and sanctified’ one moment and the next profane it in all manner of desecrations. People say about such a child (Talmud Sanhedrin 52), ‘Accursed is the one who gave him birth!’”

Most of you reading these words take their faith in G-d seriously and truly wish to honor your parents. As such, you likely will have found great constructive benefit in reading Rabbi Assaf’s words. 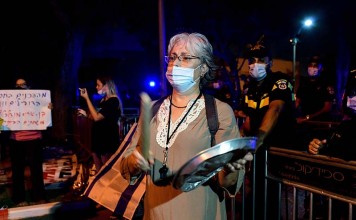