Question: In the haftara for Parashat Naso, we read about Manoach’s wife (mother of Shimshon), seeing things that her husband did not. We are never told, however, what her name is. Why?

The Midrash (Bereishit Rabbah 39:11) sees an allusion to the three patriarchs and four matriarchs in the wording of Genesis 12:2-3: “Ve’e’escha legoy gadol va’avarechecha va’agadlah shemecha veh’yeh beracha; va’avarchah mevarcheicha…ve’nivrechu vecha kol mishpechot ha’adama – I will make of you a great nation, I will bless you and make your name great, and you shall be a blessing. I will bless those who bless you…and in you shall all the families of the earth be blessed.”

“Greatness” is mentioned three times in these verses (“gadol,” “va’agadlah,” and “ve’e’escha“) and “blessing” is mentioned four times (“va’avarechecha,” “beracha,” “va’avarchah,” and “ve’nivrechu“). The Etz Yosef (ad loc.) explains that greatness is associated with men and blessing with women.

The names of all the matriarchs appear in Tanach, but the names of many later great women do not. Manoach’s wife (whose name was Tzlilponit, says the Talmud – Bava Batra 91a) saw an angel who told her she would give birth to Shimshon even before her husband saw him. Clearly, then, she was endowed with a special quality of greatness.

According to one opinion in the Talmud, Manoach was an am ha’aretz, an ignoramus, for Scripture states: “he went after his wife.” R. Nachman b. Yitzhak disagrees, citing numerous sources to prove that Manoach was wise. He argues that “he went after his wife” merely means that he followed her wise counsel. Even this explanation, though, places him in a secondary position to his wife. Why, then, does Tanach mention his name (and not hers) while also informing us that he came from the tribe of Dan?

The answer is that Jacob foretold the Jewish people’s deliverance from the Philistines when he blessed Dan. “Dan yadin amo ke’achad shivtei Yisrael – Dan shall judge his people as one of the tribes of Israel” (Genesis 49:16). Yehudah will be the ruling tribe, but a judge from Dan – i.e., Shimshon – will be a national redeemer.

The prophet Samuel (who wrote the Book of Judges) mentioned the lineage of Manoach to call to mind this prophecy, and he didn’t mention Manoach’s wife’s name because he didn’t want it to distract from the main point. (Incidentally, the Midrash [Bamidbar Rabbah 10:13] says that Tzlilponit came from the tribe of Yehudah.)

The angel tells Manoach’s wife, “Hineh na at akara ve’lo yalad’t, ve’haryt ve’yalad’t ben – Behold, you are barren and have not given birth, but you shall conceive and give birth to a son” (Shoftim 3:13). The Midrash points out that Tzlilponit was a righteous woman and therefore merited to see an angel who informed her that she was barren, not him. At the same time he sought to restore harmony between Tzlilponit and her husband and informed her that she would give birth to a child who would free the Jewish nation from Philistine servitude. 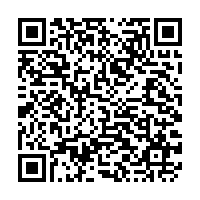