Question: First, why aren’t we obligated to recite Shema on Pesach night? Second, why does the Haggadah not mention Moses, the greatest Jew who ever lived and who was instrumental in our delivery from Egypt?

Answer: First let’s clarify some issues regarding Shema. Yetziat Mitzrayim is mentioned in the last of the three parshiyot of Shema in a passage that comes from Parshat Shelach: “Ani Hashem Elokeichem asher hotzeiti etchem me’eretz Mitzrayim li’h’yot lachem l’Elokim. Ani Hashem Elokeichem – I am Hashem, your G-d, who has taken you out of the land of Egypt to be a G-d unto you. I am Hashem, your G-d” (Numbers 15:41). By saying these words, we fulfill our daily obligation to remember yetziat Mitzrayim.

The Shema recited at bedtime only includes the first of the three parshiyot. Thus, saying it is in no way connected to the mitzvah of zechirat yetziat Mitzrayim.

The Mechaber (Orach Chayim 481:2) writes that on the first and second nights of Pesach, “a person must engage himself with the halachot of Pesach and yetziat Mitzrayim and recount the miracles and wonders that G-d performed for our forefathers until drowsiness overtakes him.”

The Rema adds, “All the requirements of the first night apply to the second night as well, and the custom is to only recite at bedtime the first parshah of Shema and not all those other associated tefillot [in Kerias Shema al Hamitah] that are intended as a protection because it is leil shimurim, a night protected from mazikin (demons).”

Both Ba’er Heitev and Mishnah Berurah (ad loc.) note that, nevertheless, one is required to say Birkat Hamapil.

Likutei Maharich (Minhagei Leil Rishon Pesach), cites the Chavot Yair: “A person shouldn’t be stringent in this regard [and recite the full text of Keriat Shema al Hamitah] because we are required to show that the night [of Pesach] is leil shimurim, a night that is protected [from demons], and that this belief is implanted in our heart. [If he acts stringent,] it would appear that, Heaven forbid, he does not believe in this.”

The mitzvah of zechirat yetziat Mitzrayim fulfilled by reading the Haggadah on the two first nights of Pesach is somewhat different from the mitzvah of zechirat yetziat Mitzrayim fulfilled by reciting Shema all year long. Responsa Besamim Rosh (172) cites a view that all year long one fulfills this obligation even with hirhur (non-verbal contemplation). Even according to those (namely, the Chatam Sofer in his responsa, Orach Chayim 15) who maintain that the zechirah must be verbalized, the mitzvah has been fulfilled if one hears the words from another person (even if the other person is not obligated to fulfill the mitzvah – e.g., a woman or a child).

To fulfill the Pesach mitzvah of sippur yetziat Mitzrayim, however, a person – says the Chatam Sofer – need not verbalize anything. As long as he heard a bar chiyuva (someone who is obligated) say the Haggadah, he fulfills his obligation (via the halachic principle of shome’a k’oneh – hearing is like answering [Amen]). 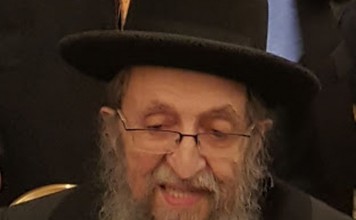 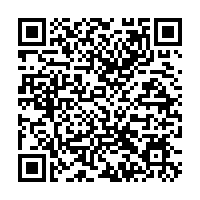