Answer: The Mechaber rules (based on Shabbos 12b and Sotah 32a) that one may pray in any language when praying with a congregation, save for Aramaic, which angels do not know. The Beit Yosef explains that Aramaic is an unpleasant language. Tosafot (Shabbos 12b) notes that, of the angels, only Gabriel recognizes Aramaic. Tosafot asks, though: If the angels know even the innermost thoughts of man, how is it that they don’t know Aramaic?

We noted that Rabbi Zvi Hirsch Chayos (to Shabbos 12b) argues that since those with ruach ha’kodesh are able to perceive the innermost thoughts of man, surely angels can. Yet, Eliyahu Rabbah cites verses in I Kings (8:39) and Jeremiah (17:9-10) that indicate that only Hashem can discern man’s innermost thoughts. Rabbi Elazar Moshe HaLevi Horowitz (to Shabbos 12b) cites a passage in Daniel that states that the angel Gabriel discerned Daniel’s prayers. Gabriel, thus, is an exception among the angels, uniquely imbued with special abilities by Hashem.

We also cited the Gemara (Sotah 33a) that seeks to prove that angels understand Aramaic from the fact that bat kols are heard in that language. The Gemara rejects this proof, though, stating that a bat kol is an exception and is understood by angels since its purpose is to deliver an important message; alternatively, Gabriel, who knows Aramaic, is the one who delivers a bat kol. The Aruch Hashulchan notes that gentile prayers are not said in Hebrew, yet King Solomon’s prayer upon completion of the Beis Hamikdash specifically mentions gentiles praying. Nonetheless, he argues that a Jew should pray in Hebrew except when it comes to prayers like selichot and yotzrot.

Last week we noted the view of Shulchan Aruch HaRav that tefillah b’tzibbur is so important that one who arrives late at synagogue is advised to say the minimum of Pesukei D’Zimrah in order to say the Amida (the crux of tefillah) with the congregation. Shulchan Aruch HaRav also states that a person it is far better for someoone who has not mastered the Holy Tongue to pray in a language he understands.

The former chief rabbi of Israel, Rabbi Ovadia Yosef, zt”l, discusses this matter at length in numerous responsa. We cite here from Responsa Yabia Omer (vol. 1, Orach Chayim 12). The gaon was asked about the propriety of publishing siddurim for those with difficulties reading Hebrew. He specifically refers to siddurim for Turkish Jews, many of whom were unable to read Ktav Ashurit (the current Hebrew script). Siddurim were published for these Jews with Hebrew on one page and a transliteration of the prayers with Latin letters on the facing page.

In addressing the propriety of such siddurim, Rav Yosef cites Tosafot (Berachot 45b, sv “sha’ani hotom…”) and the Rosh (ad loc.) who quote the Gemara: “A scholar says [Birkat Hamazon] and [the obligation of] an ignorant one is discharged.” Some seek to prove from these words that a woman is discharged of her obligation by merely hearing Birkat Hamazon even though she might not understand Hebrew. Tosafot and the Rosh, however, argue that there is no proof since the Gemara may be referring to a person who understands Hebrew but simply lacks the ability to say Birkat Hamazon (as he is ignorant of the text of the blessings).

Rashi (Megillah 18a sv “u’parsumei nisa”), on the other hand, brings proof from the Mishnah (supra Megillah 17a) to the contrary. It states, “A Loez [one who converses in the local vernacular] who heard in Ashurit [Hebrew] is discharged [of his obligation] even though he has no understanding of what he heard.” Rashi explains that pirsumei nisa is different for he/she will inquire what is being read and will thus be informed.

Tosafot argues that there is actually a special dispensation for everyone in this case since no one really knows what the words “achashtranim bnei ha’ramachim” in the megillah really mean.

Rav Yosef also cites Rabbenu Yonah who rules that women who do not know Hebrew are required to say Birkat Hamazon for themselves and cannot discharge their obligation by listening to a man say it. As for the statement of the mishnah that “the scholar recites and the ignorant one is discharged,” he says it refers only to an ignorant person who cannot formulate the blessing but does know Hebrew. Women, on the other hand, who do not understand the language at all (which was common at the time) must say the blessings in a language they understand.

Rav Yosef also cites Me’iri (to Berachot 45b) who takes a different tack. The Mishnah (Megillah 17a) states that “a Loez who heard in Ashurit is discharged even though he has no understanding of what he heard.” Evidently, then, one who does not understand Hebrew may nevertheless have his obligation discharged by another. Ravya adds further, citing the Gemara (Berachot 45b) which states simply, “A scholar blesses and an ignorant one is discharged.” Therefore, a man may bless and a woman’s obligation is discharged if she listens to him say the blessing.

We find this consistent with the ruling cited by Orchot Chayim (Birkat Hamazon 44) in the name of Rav David b. Levi (known as Ba’al Ha’Michtam), who in turn cites the ruling of Rav Shmuel Shakli that the head of a household can discharge the obligation of his wife and children. He does not distinguish between the reading of Megillah and Birkat Hamazon. This is based on Berachot 45a: “A scholar blesses and an ignorant one is discharged.” 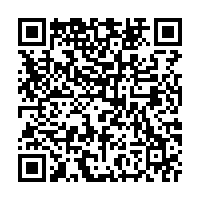