Answer: The Ramban rules that no interruption may be made between “habocher b’amo Yisrael b’ahavah” and Shema just like no interruption may be made between any berachah and the mitzvah it precedes. (The Ramban maintains that “habocher b’amo Yisrael b’ahavah” is the birkat hamitzvah for saying Shema.) Even one word would constitute a hefsek, which would require the blessing to be repeated. Hence, a person may not say “Kel melech ne’eman” after the berachah.

The French sages derived from the Midrash that Shema requires 248 words – hence the inclusion of “Kel melech ne’eman” (without which Shema is only 245 words). In Shorshei Minhag Ashkenaz, Rabbi Binyomin Shlomo Hamburger writes that the Ramban doesn’t argue with the sages’ contention that people said “Kel melech ne’eman” in Talmudic times. But he believes they only did so because the populace during this period were by and large ignorant, unable to pray on their own, and therefore relied on the chazzan to discharge them of their obligation. That’s why they responded to his berachah with “Kel melech ne’eman” – to have their obligation discharged.

But people today do not rely on the chazzan. They pray themselves. The Ramban writes, “It is a clear fact that when one says Ahavat Olam [or Ahava Rabbah], he does not answer ‘Amen’ to his own blessing whether he is praying alone or with a congregation. If he does answer ‘Amen,’ he is an ignoramus and totally mistaken. Similarly, he should not answer ‘Kel melech ne’eman.’”

(It is obvious that the Ramban regards “Amen” and “Kel melech ne’eman” as basically one and the same as the former is simply an abbreviation for the latter.)

The Ramban’s view that Ahava Rabbah (or Ahavat Olam) is the birkat hamitzvah of Shema is also held by the Rambam, Rabbeinu Yonah, Ritva, Ramah, and Rabbi Asher b. R. Chayim Motshon (author of Sefer Hapardes).

The Rambam (Hilchot Berachot 1:16,17) writes that anyone who says “Amen” to his own blessing has acted reprehensibly. An exception is saying “Amen” after Boneh Yerushalayim in Birkat Hamazon or the last blessing of Shema at Ma’ariv. Indeed, doing so after the latter berachah is praiseworthy, says the Rambam. Yet, the Rambam writes explicitly that one should not say “Amen” after Ahavat Olam.

So which one is it?

The Hagahot Ma’amaniyot explains the discrepancy as follows: Saying “Amen” is praiseworthy if a person is relying on the chazzan to discharge his obligation. If he is praying himself, though, he should not say “Amen.” 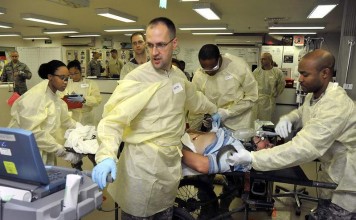 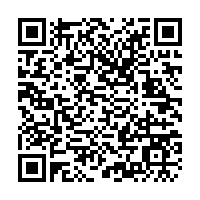