He adds a novel reasoning: “If a person does not bless sefirat ha’omer on the second evening, people will say that [sefirah hasn’t yet begun]. Thus, when the [first day of] Shavuot approaches, people will think that it is not yet Yom Tov…which will be a disgrace for the first day of Shavuot. Therefore, we count sefirah from the second night of Pesach and onward, even in the diaspora.”

We find the following in Nefesh HaRav by Rabbi Herschel Schachter, shlita, rosh kollel of RIETS at Yeshiva University: “The Rishonim [end of tractate Pesachim] ask the following: ‘Why don’t we count sefirat ha’omer each night twice due to sefeika d’yoma [i.e., “today is the second day” and “today is the first day,” etc.]?’

“HaRav Joseph B. Soloveitchik, zt”l, heard a reason why we do not do so from the Kovno Rav [see Devar Avraham]: If a person counts twice due to doubt, i.e., stating that it is either the fourth day of the omer or the fifth day of the omer, he will not have fulfilled his mitzvah at all because a doubtful count is not considered a count. Our Sages stated in the first perek of Bava Metzia regarding ma’aser behemah that it must be the tenth of every ten animals, not a doubtful tenth.”

Rav Soloveitchik said this is a very nice reason, but he disagreed with it. There is no real sefeika d’yoma today because we have a set calendar, but before Hillel the Elder established the calendar, there were years when people were unsure when Pesach began. Therefore, Rav Soloveitchik assumed that when necessary, it is very possible that people did count sefirah in this unusual manner.

All of this is moot today now that we have an established calendar and we celebrate two days of Yom Tov due to the custom of our fathers (as the Gemara [Bezah 4b] states). We count normally each night, starting from the second night of Pesach until we have counted seven complete weeks and celebrate Shavuot. 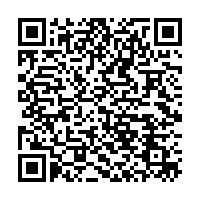