Targum Onkelos translates this verse as: “I will rest My Divine Presence in your midst and I will be for you G-d, and you will be a people before Me.” Targum Yonatan b. Uziel seems to translate along the same lines. From their translations, it seems clear that Hashem is talking about the here and now, olom hazeh.

But Rashi, based on the Midrash (Torat Kohanim 3:4), has a different interpretation. He writes that Hashem is stating as follows: “I will stroll with you in Gan Eden like one of you, and you will not be frightened of Me.

The Kli Yakar (op cit.) explains that Rashi’s interpretation addresses those who believe that they only receive reward for keeping the mitzvot in this world, not in the next.

The Torah, though, does speak of reward in this world much more explicitly than reward in the next. Why? We note a few answers cited by the Kli Yakar:

Rambam: The rewards received in this world are actually not rewards at all. (Those are only received in Olam Haba.) They are really just the removal of obstacles – war, sickness, famine, grief, etc. – that impede one from serving Hashem.

Ibn Ezra: We could never actually understand the reward that awaits us in the Hereafter due the limitations of our physical nature.

Rabbeinu Saadia Gaon: Before G-d gave us the Torah, people would worship the stars and constellations, mistakenly thinking they could secure the blessings of rain and successful crops through them. To assure people that abandoning idol worship would not harm them, the Torah promised that observing the mitzvot would secure the much-needed blessings in this world.

Sefer Ha’Ikarim and Ramban: Statements about reward in this world relate to humans as a collective. Individuals, though, are rewarded in the next world.

The Kli Yakar notes that Hashem loved Abraham, Isaac, and Jacob, yet they attained much less material success than someone like the wicked Nimrod who ruled over everyone. Obviously, then, they must have been rewarded for their life’s toil in the Hereafter since their good deeds could not have gone unrewarded. The Ramban (in his commentary on Bechukotai) concludes similarly.

Now we can understand Rashi’s interpretation of Leviticus 26:12 referring to the Hereafter. Not only will we enjoy rewards in Olam Haba, we will all stroll with Hashem without being frightened of Him. Such a reward is unfathomable – especially since at the giving of the Torah at Sinai, the people begged for Hashem to speak to them only through Moses since the mere sound of Hashem’s voice frightened them greatly.

My mashgiach, HaRav Hirsch Feldman zt”l (in Tiferet Tzvi, Parshat Bechukotai), asks: How is it possible that we won’t fear Hashem? His answer is a testament to the greatness that awaits us as well as the greatness that is within our ability to achieve. He explains that we will ascend such a high spiritual level that we will mistakenly think we need not be frightened in His presence.

That is why the Torah is quick to add, “v’hayiti lochem Lei’lokim – I will be G-d unto you.” Fright we will not experience but the fear one is to have for his Creator will remain. I would hasten to add that since we will attain an unworldly level of spirituality, the fear one should possess will come easy as Hashem’s greatness and goodness will be plain for all to see.

The mashgiach, citing Rabbi Moshe Chayyim Luzzato (Derech Hashem 6:8), notes that at Yetziat Mitzrayim we witnessed, not only a physical redemption, but a great spiritual elevation – an ability to comprehend matters beyond the normal physical realm.

If such was the case then, at our people’s humble beginnings, when encumbered by physical needs and wants, just imagine what Hashem has in store for us when we won’t be so encumbered and everyone will be a spiritual giant. Hashem will stroll with us in Gan Eden and no one will be frightened. In the end, we will all come to truly know that only He is our G-d and the source of our salvation. 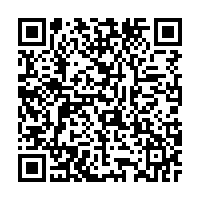