Answer: The Midrash (Tehillim pg. 723) contains the term “sandikus,” a Greek word meaning “companion of child” or “advocate.” Rabbi Tzvi Elimelech Spira of Dinov explains that sandak is an acronym of “sanegor na’aseh din kategor – the defense emerges victorious vis-à-vis the prosecutor,” referring to the brit’s function as a protection from Satan.

The Rema (Yoreh De’ah 265:11) writes that the sandak is given the first honor of being called up to the Torah, even before the mohel. The Rema explains that the sandak is compared to a kohen who offers incense in the Beit Hamikdash. All kohanim wished to benefit from the blessing of the incense, which enriched the one who offered it. Therefore, a lottery was established to assure that all had an equal opportunity to perform it. Similarly, it is customary not to give the role of sandak to someone more than once – at least not for two members of the same family.

In his new sefer, Shu’t HaShulchani, Rabbi Enkin cites several authorities who argue that a person may serve as sandak twice; he states that the custom not to do so certainly does not apply to relatives. In fact, a father shouldn’t hesitate to serve as sandak for all of his children should he so desire. Moreover, the practice not to serve as sandak more than once is not found in the Talmud and therefore is not truly binding.

Returning to the original question about the dispute over who would serve as sandak, we quoted. Proverbs 3:17: “Deracheha darkei noam vechol netivoteha shalom.” A mitzvah should bring about pleasantness and peace; if it doesn’t, it has not been fulfilled properly. Therefore, strife over the sandika’ot detracts from the full fulfillment of that mitzvah.

The Mechaber (supra, Yoreh De’ah 260:1) states that the right to bestow any honor or segment of the mitzvah of brit belongs to the father alone. Thus, a grandfather may not “grab” this honor for himself if it goes against the father’s wishes. Even the mitzvah of kibud av has limits, and a parent is prohibited from insisting on specific honors from his child.

Rabbi Moshe Stern, the Debreciner Rav, zt”l (Responsa Ba’er Moshe vol. 1, 60:9), discusses a case in which an individual accepted sandika’ot, only to be faced with his father’s strong opposition. A son is not duty-bound to accede to his father’s demands in such a case. The Knesset Hagedolah writes that if a father tells his son to disregard a mitzvah without offering an

We examined the Shulchan Aruch’s description of the brit milah ceremony, including the blessings recited by the mohel and father. The Rema adds that if the father is not present at the brit, the sandak recites his blessing instead of him.

The Mechaber and the Rema assume that a father does not perform the milah himself, but rather appoints another (the mohel) to do the mitzvah on his behalf. Yet a mishnah (Kiddushin 29a) lists circumcision among the mitzvot that are incumbent upon a father to do for his son. Clearly it is preferable that a father circumcise his child himself; if so, why shouldn’t he serve as sandak as well?

The Divrei Malkiel (Responsa Vol. 4:86) describes the role of the sandak as assisting the mohel by securing the feet of the infant, thus sharing in the mitzvah of the brit. This collaboration assures that a milah performed on Shabbat is not in violation of it. As a mishnah (Shabbos 92b) explains, an act normally done by a single person – or able to be done by a single person – but is in fact done by two people together renders neither one liable for that act.

Since the mohel needs the sandak, though, the Mechaber (Y.D. 266:14) wonders why a brit is allowed to be done on Shabbat. It is an act that requires two people. The Divrei Malkiel offers two solutions: first, the wound inflicted by the mohel in the act of the milah would automatically override the violation of Shabbat; and second, since the sandak’s role is ancillary, a brit is not considered an act that requires two people. The mohel and sandak share in the mitzvah but it is not really a “two man job” and thus a brit may be performed on Shabbat. 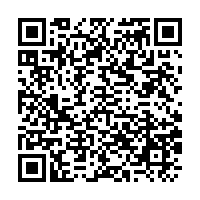