Answer: Before we answer these questions, it is important to review the Torah’s expectations of us in approaching this mitzvah. The Mechaber writes (Yoreh Deah 247:2-3), “A person never becomes destitute from giving charity, nor does anything bad or loss come about because of it, as Isaiah 32:17 states, “V’haya ma’aseh ha’tzedaka shalom [va’avodas ha’tzedaka hashket va’vetach ad olam] – The product of righteousness [charity] shall be peace, [and the effect of righteousness quiet and security forever].” The Holy One Blessed Is He will bestow His mercy upon anyone who empathizes with the indigent.

The Rema adds, “A person should take to heart the fact that he is constantly seeking out his own livelihood from Hashem, and just as he requests that Hashem answer his call for help, so too should he hear [and respond to] the cry of the poor. He should also take to heart the fact that impoverishment is the wheel of fortune in the world, and a person’s destiny may be that he or his son or his grandson will end up in that state. Thus, whoever empathizes with the indigent will benefit from the same degree of mercy.”

The Talmud (Ketubbot 67b) notes that the Torah’s command to loan money to a poor person refers to a poor person who does not wish to accept money from the poor fund. To such a person we should lend money and then later convert the loan into an outright gift. The Abrabanel (Deuteronomy 15:8) explains that it is embarrassing for a person to be seen taking charity; that’s why the Torah commands us to give him a loan. In this manner, he retains pride and dignity.

Rabbi David Luria (in his novella to Ketubbot 67b) cites Tractate Peah (8:9) in regards to such a person: “And anyone who may take [from the charity fund] and does not take will not die…without being given the opportunity to support others from his [own wealth].

The end of Deuteronomy15:8 reads: “dai mach’sero asher yechsar lo – sufficient for his need, whatever he lacks.” From these words we learn that we should provide a poor person whatever he was used to before he became impoverished. For example, if he used to ride a horse with a slave running before him, we must provide him with a horse and a slave. The Gemara (Ketubbot 67b) relates that Hillel the Elder followed this dictum and purchased a horse and slave for a certain poor man of a good family. On one occasion, however, Hillel could not find a slave to run before the poor man, so he himself ran before him for a distance of three mil! Just imagine the sight of the great Hillel running before this poor man. Perhaps there can be no greater lesson that our sages could impart regarding the mitzvah of tzedakah. 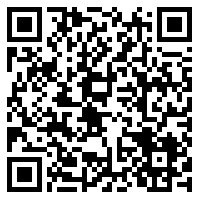