Question: How should we regard the current pandemic with Rosh Hashanah and Yom Kippur upon us? Is there a special prayer or specific role for prayer when the totality of humanity is in danger?

Answer: Your question is similar to one that appears in Jewish Prayer, The Right Way by my late dear friend and colleague, Jewish Press halacha columnist Rav Yaakov Simcha Cohen, zt”l. His passing six years ago was a great loss for his family and Klal Yisrael.

Rabbi Cohen’s reply relates specifically to dangers faced by Klal Yisrael. Nonetheless, his response is also relevant to threats to all of humanity as well. The following are excerpts:

“A cursory reading of Torah verses and Rashi’s commentary suggest that prayer may not always be the most propitious response to danger.

“A case in point is Klal Yisrael’s reaction to the dangers faced at the Red Sea. In front of them were the raging, insurmountable waters of the sea; behind them were the advancing, ruthless soldiers of Pharaoh. The Jews were frightened. What were they to do? What was our leader, Moshe Rabbenu, doing at that time? The Torah records that G-d said to Moshe, ‘Why are you crying unto Me, speak to the Children of Israel that they go forward’ (Exodus 14:15 – parashat Beshalach). Simply put: stop praying, take action.

“Rashi clearly states that Moshe was praying to G-d. The Almighty’s response, according to Rashi, was twofold: (1) When Israel is faced with danger, it is not appropriate to prolong prayers (leha’arich b’tefillah), and (2) ‘Why pray to Me? The matter depends upon Me, not you.’ Both interpretations give the impression that prayer is not the best reaction to danger.

“The first comment of Rashi is that in times of danger, prayer may be necessary, but it should be short and to the point. One should not ‘prolong prayers,’ but rather provide action or concrete responses. There is no definition of how much time may be properly devoted to prayer, or, better put, no guide as to exactly when prayer becomes excessive. What is clear is that prayer by itself is not the proper response to danger. Danger necessitates a combination of both prayer and action.

“Rashi’s second comment goes against the grain of the religious mindset. It notes that the decision to save Jews is a Divine prerogative that is not dependent on prayer. Of concern, accordingly, is whether one should pray at all in times of crisis. If prayer does not effect any favorable Divine reaction, then perhaps one should not pray. A prayer that is not germane to affecting a Divine response seems to be a futile endeavor.

“HaGaon HaRav Yitzchak Hutner, z”l, late Rosh Yeshiva of Yeshivas Rabbenu Chaim Berlin, contends that the true meaning of this commentary of Rashi may be derived from yet another citation. Klal Yisrael’s reaction to the crisis at the Red Sea was that ‘they cried out unto G-d’ (Exodus 14:10). Rashi says, ‘They seized upon the “craft” of their forefathers.’ To demonstrate that prayer was, indeed, the ‘craft’ of the Patriarchs, Rashi cites verses to note that Avraham, Yitzchak and Yaakov all [at one time or another] prayed. At issue is the rationale for Rashi (citing the Mechilta) to inform us that Klal Yisrael’s prayer was simply an observance of the ‘craft’ of the Patriarchs. What purpose is there for Rashi to so inform us?

“Perhaps, suggests Rav Hutner, the statement that prayer was the ‘craft’ of the Patriarchs defines the essential, unique nature of this prayer. For there is yet another problem relating to this prayer of Klal Yisrael. The Torah informs us that ‘they cried out to G-d.’ The response was, ‘G-d will fight for you and you shall hold your peace [be silent]’ (Exodus 14:14).

“In other words, the Divine reaction to Klal Yisrael’s prayer was that they should stop praying. Thus, the prayer was futile. If so, why pray altogether? To this our Sages answer that the prayer at the Red Sea was a unique form of prayer. It was a prayer in which ‘Klal Yisrael seized upon the “craft” of their forefathers.’ Namely, this was not comparable to other prayers.

“The purpose of this prayer was to establish the holy lineage of Klal Yisrael, not to make a specific request of G-d. Let us take the example of someone who presents a request to a king. The king’s response at first is that under normal conditions, there is no valid reason for him to heed the request. But, during the audience, the petitioner points to his pedigree. He mentions the name of his father and remarks that the father was a friend of the king. Accordingly, the king assures the son that his request will be heeded, solely on the merit of his own friendship with the father.

“We now are the children of those three fathers, our patriarchs, standing before G-d and pulling out our trump card, hoping for the parable’s same outcome.”

Rabbi Cohen continues: “When they were told to ‘be silent,’ the intention was not to imply that their prayers were in vain. No, the prayers manifested their connection to the Patriarchs. Accordingly, no further prayers were needed. Once Jews relate their relationship (yichus) to Avraham, Yitzchak and Yaakov, G-d responds favorably. The purpose of this prayer was to crystallize that once the lineage was noted, further prayer was not needed. The response was not due to the inherent good qualities of Klal Yisrael, but to their lineage.

“Whenever Klal Yisrael in its entirety is in danger, a special form of prayer emerges, a prayer based not on the merits of the petitioners, but on their relationship with the Patriarchs. Such a response results in Divine action and a cessation of the necessity for further human prayers. As Rashi says, ‘The matter depends upon Me, not you.’ (An elaboration of this theme is noted in Pachad Yitzchak, Purim, ma’amar 19.)”

Rabbi Cohen also writes, “In the three major prayers of each day, the Amidah commences with reference to Avraham, Yitzchak and Yaakov. Perhaps such prayers are based upon this consideration. When Klal Yisrael is in danger, it appears necessary to make note of the Patriarchs. They are the secret weapon of Klal Yisrael. Mention of our ancestors brings about Divine salvation.”

In summation, the Shemoneh Esreh we say three times daily is our strongest weapon. Of course, psalms and, for example, the tefillah for the IDF that we recite are also vital. But most of all we must strengthen our concentration when we recite the Amidah, and we should seek out as many of our brethren as possible to join our services. Let us beseech the heavens for the peace of Israel.

Since we are faced with a pandemic affecting 180 countries, our prayers must take on a greater scope. We must turn to G-d and pray for the health of the entire world. Thankfully, if we examine the text of the high holiday prayers, we find many references to this period as a time of judgment for all mankind, so the prayers we will be saying over the next two weeks are most appropriate.

Many of our gentile friends, good Christians and even some Muslims, recognize our unique relationship to G-d and rightly look to us to implore G-d not only on our own behalf but on their behalf as well. Let us pray that this period of tribulation ends with the advent of the new year.

May we all be inscribed and sealed for a year of health and prosperity and bear witness to an ever-growing peace among all the peoples of the world. 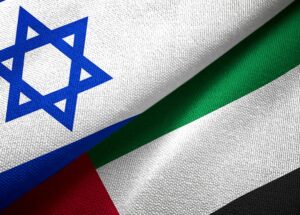 Smart, Not Small: Abraham Accords and the Role of Small States 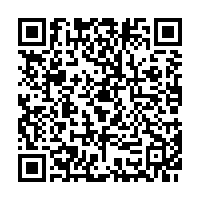