Question: Is there a special prayer or specific role for prayer when the totality of the Jewish people is in danger?

Answer: The above question is from the recently-published sefer, Jewish Prayer: The Right Way, written by my dear friend and colleague, Jewish Press halachah columnist, Horav Yaakov Simcha Cohen zt”l, whose shloshim is approaching. His passing is a great loss for his family and Klal Yisrael. I am pained by his passing and by the thought of all my future missed opportunities of learned discussion with such a talmid chacham, a scholar imbued with both keen intellect and Yir’at Shomayim.


The question above clearly speaks to the current situation in which Klal Yisrael presently finds itself.

Rabbi Cohen answers: “A cursory reading of Torah verses and Rashi’s commentary suggest that prayer may not always be the most propitious response to danger.

“A case in point is Klal Yisrael’s reaction to the dangers faced at the Red Sea. In front of them were the raging, insurmountable waters of the sea; behind them were the advancing, ruthless soldiers of Pharaoh. The Jews were frightened. What were they to do? What was our leader, Moshe Rabbeinu, doing at that time? The Torah records that G-d said to Moshe, ‘Why are you crying unto Me, speak to the Children of Israel that they go forward’ (Exodus 14:15 – parashat Beshalach). Simply put: stop praying, take action.

“Rashi clearly states that Moshe was praying to G-d. The Almighty’s response, according to Rashi, was twofold: (1) When Israel is faced with danger, it is not appropriate to prolong prayers (leha’arich b’tefillah), and (2) ‘Why pray to Me? The matter depends upon Me, not you.’ Both interpretations give the impression that prayer is not the best reaction to danger.

“The first comment of Rashi is that in times of danger, prayer may be necessary, but it should be short and to the point. One should not ‘prolong prayers,’ but rather provide action or concrete responses. There is no definition of how much time may be properly devoted to prayer, or, better put, no guide as to exactly when prayer becomes excessive. What is clear is that prayer by itself is not the proper response to danger. Danger necessitates a combination of both prayer and action.

“Rashi’s second comment goes against the grain of the religious mindset. It notes that the decision to save Jews is a Divine prerogative that is not dependent on prayer. Of concern, accordingly, is whether one should pray at all in times of crisis. If prayer does not effect any favorable Divine reaction, then perhaps one should not pray. A prayer that is not germane to affecting a Divine response seems to be a futile endeavor.

“HaGaon HaRav Yitzchak Hutner, z”l, late Rosh Yeshiva of Rabbi Chaim Berlin Rabbinical Academy, contends that the true meaning of this commentary of Rashi may be derived from yet another citation. Klal Yisrael’s reaction to the crisis at the Red Sea was that ‘they cried out unto G-d’ (Exodus 14:10). Rashi says, ‘They seized upon the occupation of their forefathers.’ To demonstrate that prayer was, indeed, the occupation of the Patriarchs, Rashi cites verses to note that Avraham, Yitzchak and Yaakov all (at one time or another) prayed. At issue is the rationale for Rashi (citing the Mechilta) to inform us that Klal Yisrael’s prayer was simply an observance of the profession of the Patriarchs. What purpose is there for Rashi to so inform us?

“Perhaps, suggests Rav Hutner, the statement that prayer was the occupation of the Patriarchs defines the essential, unique nature of this prayer. For there is yet another problem relating to this prayer of Klal Yisrael. The Torah informs us that ‘they cried out to G-d.’ The response was, ‘G-d will fight for you and you shall hold your peace [be silent]’ (Exodus 14:14). 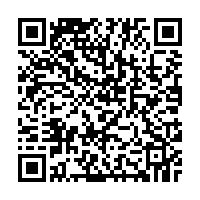