On days that we recite Hallel, why do we do so before Keriat HaTorah? Shouldn’t the Torah reading come first based on the rule that whenever two matters face us, we do the more frequent one first (tadir v’she’eino tadir, tadir kodem)?

One of the earliest references to this rule is Tractate Berachot (26a), which states as follows: “Shacharit may be prayed until midday. R. Judah says until the fourth hour. Minchah may be prayed until evening. R. Judah says until plag haMincha [approximately an hour and a quarter before nightfall]. Maariv has no set time [it can be said all night]. And the time of Musaf is the entire day.”

The Gemara cites the following teaching: If a person has two tefillot he can currently daven – Minchah and Musaf – he should first daven Minchah and only then Musaf. Why? Because tadir v’she’eino tadir, tadir kodem. Minchah is a daily prayer while Musaf is only an occasional prayer.

R. Judah dissents and maintains that he should daven Musaf first since Musaf is a passing tefillah (according to R. Judah, it can only be said until the seventh hour of the day) while Minchah in comparison isn’t (i.e., it can be prayed for many hours past the seventh hour).

Tosafot (28a sv “halacha mitpallel shel mincha…”) gives an example of when we would daven Minchah before Musaf in shul: if Shacharit on Yom Kippur ends very late so that one can already daven Minchah. The Ri (Rabbi Isaac Dampiere, one of the Tosafists) gives another possible example: if a person has to travel a distance to join a seudat mitzvah like a wedding feast and fears he will miss Minchah.

Interestingly, the Mechaber (Orach Chayim 286:4) rules according to R. Yochanan that one should daven Minchah first in such an instance. But he recognizes that there’s a dissenting view based on the argument that people in a congregational setting might misunderstand and think that davening Minchah first is appropriate even before chatzot. The Magen Avraham (Orach Chayim, ad loc.) identifies this view with the Bach.

In any event, since the halacha doesn’t follow R. Judah, the rule of tadir v’she’eino tadir, tadir kodem dominates. That’s why, for example, we put on a tallit before tefillin every morning. Since we don’t wear tefillin on Shabbat and yamim tovim, the mitzvah of tallit comes up more frequently and therefore should be performed first.

The Gemara (Gittin 59b) derives this rule from Leviticus 21:8: “V’kidashto ki et lechem Elokecha hu makriv kadosh yihyeh loch ki kadosh Ani Hashem mekadishchem – Sanctify him [the kohen] for he offers the bread of your G-d; he shall be holy unto you for I, the eternal L-rd who sanctifies you, am holy.” G-d bestows of his own sanctity upon the kohanim.

A very simple application of this rule is seen at Keriat HaTorah. First we call up a kohen, then a Levi, and then a Yisrael. From the words of the verse we just cited, it seems evident that we should treat kohanim in a manner that recognizes their higher level of sanctity. Thus, they should be given precedence in all matters. 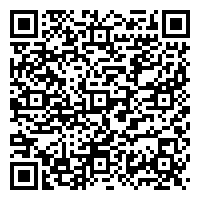