Editor’s note: Parties to a dispute are almost always supposed to seek compromise (peshara) rather than strict din. In fact, the Gemara (Bava Metzia 30b) states that Yerushalayim was destroyed because cases were decided on din (rather than lifnim meshuras hadin). We encourage readers, therefore, to read this column as a source of Torah knowledge, not a guide for ideal Torah behavior.

Mrs. Schwartz was shopping for school uniforms for her children. “I need a dress for my daughter,” she said to the saleswoman. “I think she’s already size large.”

“They’re on the rack over here,” pointed the saleswoman. “I don’t know if we have any left in this store.”

Mrs. Schwartz found one remaining size large. “I want to check with my daughter whether she needs medium or large, but can’t reach her,” she said. “Can you hold this dress for me?”

“I’ll hold it for the remainder of the day,” said the saleswoman.

The day went by, but Mrs. Schwartz wasn’t able to return to the store. That evening, she met her neighbor, Mrs. Miller. “I’m going to the store tomorrow,” Mrs. Miller said. “I have to get uniforms for my daughters.”

“Could you please buy the size large dress?” asked Mrs. Schwartz. “There was one left; it may be set aside.”

“Will do,” said Mrs. Miller. “My daughters are still medium.”

The following day, Mrs. Miller asked the saleswoman about the dress. “Yes, I put it aside for Mrs. Schwartz till the evening,” she replied, “but this morning I returned it to the rack. See if it’s still there.”

While Mrs. Miller was looking for the large dress, she received a phone call from her daughter. “The medium is getting a little tight on me,” her daughter said. “I’d like you to get me a size large.”

Mrs. Miller found the dress Mrs. Schwartz had asked for, took the dress to the check-out counter with some mediums and bought them.

Mrs. Miller returned home and related to her husband what happened. “I’m in a dilemma,” she said. “What should I do with the large size dress? Must I give it to Mrs. Schwartz or can I keep it for our daughter?”

Mr. Miller called Rabbi Dayan and asked: “Whom does the dress belong to?”

“The Gemara (Kiddushin 59a) teaches that if a person sends an agent to buy something, but the agent buys it for himself, he acquires it but is considered deceitful,” replied Rabbi Dayan. “If the seller is not interested in selling to the sender, though, the agent may buy it for himself without compunction, but should first notify the sender, if time allows, to avoid suspicion.” [Choshen Mishpat 183:2]

“Similarly, if the agent acquired the item through other means of kinyan – for example, he picked it up in silence,” added Rabbi Dayan, “he acquires it for sender and is not believed later if he says he meant to buy it for himself unless he stated beforehand that was no longer acting as an agent.” [183:4; Sma 183:7]

“What if the agent used the sender’s money?” asked Mr. Miller.

“In that case, even if the agent intended to borrow the money and acquire the item for himself, the Shulchan Aruch rules that the purchase remains on behalf of the sender,” replied Rabbi Dayan. “Many maintain that even if the agent explicitly said he is no longer acting as such before witnesses, he still acquires the item for the sender unless he told the seller that he is buying it for himself.” [Choshen Mishpat 183:3-4; Aruch Hashulchan 183:1; Pischei Teshuva 183:4]

“Thus,” concluded Rabbi Dayan, “if you used Mrs. Schwartz’s money, undoubtedly it is hers. If you used your own money, it is still hers, unless you had clear intent to buy for your daughter. Even so, it would be considered deceitful.” [Pischei Choshen, Pikadon 3:18-22(55)] 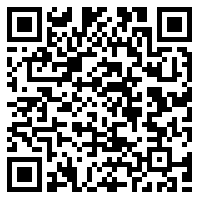