What do a shoe, handkerchief, and pen have in common? For English buffs, they all contain an “e.”

Let’s try in Hebrew: What do na’al, sudar, andeit have in common? They all begin in alphabetical order: Nun, Samach, and Ayin. OK, but better…. in Choshen Mishpat, these are the classic items for “Kinyan Chalipin.”

A fundamental principle of Jewish monetary law is that a transaction must be accompanied by kinyan, an act of acquisitionto be valid. Verbal arrangements, while they should be upheld, are usually not enforceable as binding transactions. (There are a few exceptions, most notably charity pledges.) Even payment does not always make a transaction legally enforceable if not accompanied by an appropriate kinyan.

There are many different acts of kinyan that relate to different kinds of transactions, as described in the first chapter of Maseches Kiddushin. For example, small movable items, such as books, are acquired by raising (Hagba’ha), large items such as furniture by dragging (Meshichah), and real estate through payment, contract or taking possession (Kesef, Sh’tar or Chazakah). Perhaps the most versatile kinyan, which works for both movable items and real estate, and also to create personal obligations and debt, is Kinyan Chalipin.

Towards the end of Megillas Ruth, which we read on Shavuos, Boaz took off his shoe to acquire rights to Ruth. This act smacks of Yibbum, particularly in the context of reestablishing the household of the deceased relative. However the verse clearly is not dealing with Yibbum, but rather with the transfer of legal rights: “Formerly this was done in Israel in cases of … exchange transactions to validate any matter: One would draw off his shoe and give it to the other” (Ruth 4:7).

Handing over a shoe or other functional item (k’li) symbolizes an exchange, chalipin, and expresses full intention of the parties for the transaction. Boaz handed over his shoe to Ploni Almoni (usually understood as Mr. So-and-so), and received from him, in exchange, the legal rights to redeem the fields and take Ruth.

This was commonly done to validate any transaction; the buyer would hand the seller an item as chalipin, a symbolic exchange. It was a quick and easy means of making transactions and agreements immediately enforceable and legally binding.

Consider the following scenario: Shmuel and Rina were engaged and shopping for furniture to outfit their apartment. Some stores were too expensive and others weren’t quite their taste. At Frankel’s Furniture they finally found a bedroom set that was just what they wanted. Because it was a display item they received a 35% discount, making it affordable. They paid for the item and received a sales invoice, with delivery slated for three days, and went happily along their way.

According to the classic rules of Kinyan this sale is not yet finalized! Neither payment nor a contract is a valid act of kinyan for movable items, only picking up or dragging them. Both sides still have the legal right to renege, although they are strongly discouraged from doing so. However, if Shmuel were to hand his pen to Mr. Frankel as Kinyan Chalipin, the sale would be finalized and the bedroom set would be theirs, with no possibility of reneging.

In practice, Halachah validates sales completed in the prevailing customary business manner, based on Kinyan Situmta (to be discussed at some later date, IY”H). Thus, nowadays, after paying and completing the sales invoice in the customary manner, it would not be possible to renege, unless the prevalent practice allows returns.

During the time of Ruth, the favored item of chalipin was a shoe. In the Gemara, the shoe gave way to the sudar, a cloth or handkerchief. It is not even necessary for the seller to take the entire cloth from the buyer, but to grasp a significant portion of it (3×3 inches) and then return it. In recent decades, as handkerchiefs gave way to insignificant paper tissues, the ever-available pen is typically used to perform Kinyan Chalipin.

With decreased awareness of Jewish monetary law and the standardization of commercial practices, Kinyan Chalipin is rarely used in day-to-day business transactions and is mostly utilized in halachic transactions. Thus, we usually encounter Kinyan Chalipin when selling chametz, writing the kesubah at weddings, accepting binding arbitration in beis din, and preparing a halachically valid will (to be discussed next month, IY”H). The concept of Kinyan and the effectiveness of Kinyan Chalipin are also important foundations for future discussions.

With the world going paperless, pens are also going out of vogue. The up-and-coming item for Chalipin is … a cell phone. English buffs – no worry; it also has an “e.” Hebrew lovers, no worry – it also begins with the next letter, peh – pelephone!

Rabbi Meir Orlian is a halachah writer for Machon L’Choshen Mishpat. The Machon, which is headed by HaRav Chaim Kohn, is committed to providing awareness, education and services in all areas of monetary issues that arise in our daily lives. For more information visit www.machonmishpat.com 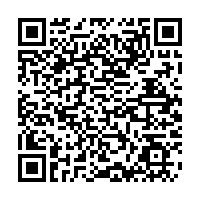