Reciting the megillah on the day of the fifteenth has greater significance than reciting the megillah at night on the eve of the fifteenth. This is because the daytime reading was instituted by Mordechai and Esther whereas the nighttime reading was subsequently instituted by the rabbis. Accordingly, if circumstances force one to choose one reading over the other, most authorities agree that one should attend the daytime reading. Others argue that rule of ein ma’avirim al hamitzvot, (do not offend a mitzvah by postponing it) requires that one choose the nighttime reading.

One can fulfill the mitzvah of listening to the megillah as long as one hears the voice of the person reciting the megillah on one’s behalf. Most poskim agree, therefore, that listening to a live broadcast of the megillah over the radio or the telephone is unacceptable because you are listening to an electronic transmission of the reader’s voice rather the voice itself. According to Rabbi Ovadia Yosef, a microphone is unacceptable. This is because, according to his understanding, the membrane of the microphone absorbs the human voice and then emits an electronic version of it. 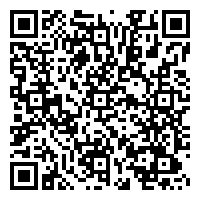