Question: When performing a mitzvah, what is more important: doing it right away – “zerizim” – or doing it with a large crowd – “berov am”?

Answer: My understanding is that when there is a conflict between “berov am” and “zerizim,” priority is granted to the concept of “berov am.” This is based upon the following Talmudic ruling (Berachot 53a): “If people were sitting in the Beit HaMidrash and light was brought in [at the termination of Shabbat], Beit Shammai says that each person should recite the blessing himself [“borei m’orei ha’aish”] while Beit Hillel says that one person should recite the blessing on behalf of everyone because “berov am hadrat melech – in the multidude of people is the king’s glory” (Proverbs 14:28).


The Siftei Chachamim notes that the rationale of Beit Shammai is “zerizim” while the rationale of Beit Hillel is “berov am.” Additionally, based upon this Gemara, the Vilna Gaon rules in his glosses on Orach Chayim 8:12 that when a number of people are obligated to recite the same berachah, it is preferable for one person to recite it on behalf of everyone rather than everyone recite it for himself. Accordingly, on Friday night, one person should make Kiddush for all.

Interestingly, though, the Talmud rules that shofar should be blown during Mussaf – not because of “berov am” – but because government spies who attended morning services once interpreted the sounds of the shofar as a call for rebellion. As a result, government military forces massacred the Jews. If not for this incident, shofar would have been blown during Shacharit. In other words, if not for this incident, “zerizim” would have trumped “berov am.”

But how can this Gemara imply that “zerizim” is more important while the other one implies the very opposite?

Perhaps we can suggest that “berov am” usually trumps “zerizim.” However, if berov am is already is present in some fashion – many people are present in shul, after all, during Shacharit – then “zerizim” is more important. 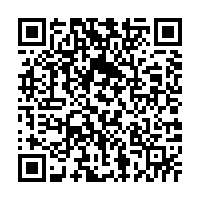