Ezra volunteered at a camp for severely autistic adolescents and was assigned to look after an adolescent name Shlomi. On the last day of camp, a special ceremony was held at which the camp director distributed a gift to each of the campers.

Shlomi was sick in the infirmary and couldn’t participate, so when his name was called, Ezra accepted the gift for him. “Please receive on behalf of Shlomi and wish him a refuah sheleimah,” the camp director said warmly as he handed Ezra the gift.


After the ceremony was over, the counselors headed back to their bunks with their campers. Ezra walked along with his friend, Nachman. While they were talking, Nachman’s camper dropped his gift, which broke as it hit the ground. The camper was visibly distraught although he wasn’t able to speak.

“Could you give me Shlomi’s gift so I can make my camper happy?” Nachman asked Ezra. “Shlomi has no idea that he got a gift and won’t miss it at all. I can probably get another one from the camp director later which you can give Shlomi.”

“In this case, I think you can,” said Nachman, “because Shlomi is autistic and doesn’t have the mental capacity to acquire an object or make you his agent.”

Still, Ezra wasn’t sure he could give the gift away, so he called Rabbi Dayan. Rabbi Dayan listened carefully to the question and then said, “As you know, a person can acquire something on behalf of another, even not in his presence, based on the principle of zachin l’adam shelo b’fanav. The Gemara [Bava Metzia 71b] states that a person can even acquire an object on behalf of a minor even though a minor can’t appoint an agent.

“The Rambam, who is cited by the Shulchan Aruch, writes that it’s also possible to acquire on behalf of a shoteh (mentally incompetent person). The Maggid Mishneh offers proof for this ruling, but the Beis Yosef writes that it’s obvious and doesn’t require proof [Choshen Mishpat 243:16].

“Indeed, the Ketzos notes that the Ramah seemingly indicates that one can acquire on behalf a mentally incompetent person only if he is sometimes lucid.

“The Machaneh Ephraim [Hilchos Zechiyah Umatanah #32] suggests that perhaps the ability to receive gifts on behalf of another is not based on the concept of shlichus as implied in Bava Metzia. Some explain that there is a dispute between sugyos on this issue. According to Kiddushin [42a], ‘zachin’ is not based on having the legal ability to appoint a shliach, but on the words ‘nasi echad’ regarding the inheritance of Eretz Yisrael, which teaches that the princes of each tribe were able to acquire on behalf of minors in their tribe. On this basis, acquiring on behalf of the mentally incompetent should perhaps be allowed too (see ‘B’din Zachin l’Shoteh,’ Mikavtziel, vol. 22, p. 148ff; Pituchei Mishpat #2).

“Thus,” concluded Rabbi Dayan, “the gift you accepted is already Shlomi’s. You can’t give it away.” 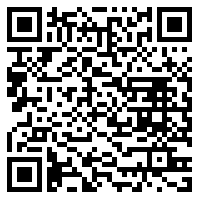