I think there’s a sefer that says wearing them is “dangerous” and some people think that means spiritually dangerous. You’re saying it doesn’t mean that…

Who gives the explanation you offered?

One of the gedolim in the early 1900s wrote a sefer on all of Hilchos Aveilus alphabetically arranged. He was a big rav. He corresponded with Rav Chaim Soloveitchik and the Ohr Sameach and quotes what they say. He wrote a sefer called Mishmeres Shalom, which is a commentary on the Pri Megadim on Yoreh De’ah, and then he wrote Chayim Uvrachah L’mishmeres Shalom on Hilchos Aveilus. (He also has a sefer Chayim Uvrachah L’mishmeres Shalom on all of Hilchos Daled Minim).

So on Hilchos Aveilus he talks about shoes, and I’m pretty sure he writes like that – that it’s only because there were contagious diseases and you’re afraid you’ll get the sickness if you wear the shoes. 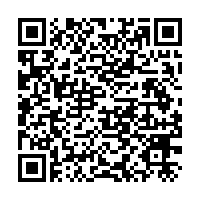