The Mandels lived in a rented apartment on a shoestring budget. One summer, their washing machine and refrigerator stopped working within days of each other. “How are we going to find the money to fix them?” Mrs. Mandel asked her husband worriedly.

That evening, Mr. Mandel approached a local gabbai tzedakah. “Do you know anyone who could fix our refrigerator and washing machine for free?” he asked.

“I’ll see what I can do,” the gabbai replied.

The gabbai’s first phone call was to a repairman named Mr. Fixler. Mr. Fixler wanted to help but said if he fixed the Mandel’s appliances for free, others would start asking him to fix their appliances for free too and he would never make a living. He said, though, that he would be willing to help the Mandels if he could deduct the amount he was saving the Mandels from his maaser obligations.

The gabbai referred him to Rabbi Dayan who said the following:

“The Gemara [Kiddushin 8a, 63a] says that something with monetary value has the same status as money. Therefore, a person can purchase real estate or betroth a woman not only with money (kesef), but also with items worth money, such as a ring. Service also has monetary value but cannot be used to betroth a woman for technical reasons. [Even HaEzer 27:1, 38:13; Aruch HaShulchan, Choshen Mishpat 190:22; Pischei Choshen, Kinyanim 3:16]

“Accordingly, the obligation to give maaser kesafim may be fulfilled not only through money, but also through goods and services. If a professional provides a service pro bono, he may deduct the price of that service from his maaser obligation; if the service does not have a set price, he may deduct only what he would have charged the recipient. [Maaser Kesafim 7:1-2; Tzedaka U’mishpat 5:43]

“The Maharil Diskin [Responsa #23-24] writes that even if the professional committed to working pro bono without intending to count the work as maaser, he may still declare, before doing the job, that it will count toward his maaser obligations.

“However, if he already did the work as a favor, it is doubtful if he can retroactively deduct the cost from maaser since there is a mitzvah of gemilus chessed in addition to the mitzvah of tzedakah. His act is considered one of gemilus chassadim and might not be countable toward maaser kesafim. [See Taz, Yoreh De’ah 249:1.]

“Rav Moshe Feinstein ruled that for a professional to count his pro bono work as maaser, he must draft a bill and then cancel it. Some explain that he must do so because the service must have a quantified, realistic value for it to be equivalent to money. Rav Shlomo Zalman Auerbach allowed only nine-tenths of the value of the work to be counted as maaser, since one-tenth of the wages would have gone to maaser anyway. [Maaser Kesafim 7:229; Hilchos Tzedakah, p. 104]

“Thus,” Rabbi Dayan concluded, “Mr. Fixler may consider the repairs he performs for the Mandels as tzedakah and deduct what he would realistically charge for such work from his maaser kesafim obligation.” 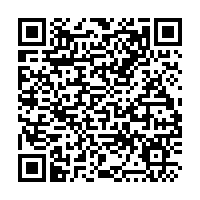