Mr. Fleishman had a degree in business management and was job hunting. One day, he met a non-Jewish acquaintance, Thomas, who worked in an international meat corporation.

“There is an opening in our company for an import/export manager,” Thomas said. “If you’re interested, I’d be happy to pass on your resume.”


“Thank you,” replied Mr. Fleishman. “Does your company deal with kosher meat?”

“On no!” replied Thomas. “Our company is one of the leading bacon distributors.”

“Does the manager have anything to do with the food itself?” asked Mr. Fleishman.

“Not really,” replied Thomas. “The job is mostly administrative.”

That evening, Mr. Fleishman said to his wife, “I can’t say that this is the job that I dreamed of, but it’s a job, and right now I don’t have any other offer.”

“It feels wrong to work all day with non-kosher food,” replied Mrs. Fleishman. “Are you sure it’s allowed?”

He approached Rabbi Dayan with his question. Rabbi Dayan contemplated and then said, “The Mishnah [Shevi’is 7:3] states that it is prohibited to have a business primarily of non-kosher food. The Gemara [Pesachim 23a] bases this rule on a verse, but according to many authorities the prohibition is rabbinic. The prohibition is based on the fear that the person may accidentally eat the non-kosher food or others might suspect him of eating it [Yoreh De’ah 117:1; Shach 117:2; Chasam Sofer, Yoreh De’ah #108).

“There is a dispute amongst the Achronim whether the prohibition also applies to an employee working for a non-Jewish business. The Sho’el U’maishiv [I:3:122, II:3:57] and others maintain that it doesn’t. Therefore, they allow a butcher to work in a non-kosher slaughterhouse. The Sho’el U’maishiv explains that we aren’t concerned a worker will eat the meat since a worker isn’t allowed to eat food he is working with; it isn’t his.

“However, some Achronim prohibit a Jew from working for a non-kosher business if he handles the food since he may eat it accidentally. They permit it if his involvement with the non-kosher food is occasional or incidental. A kosher butcher, after all, also chances upon treif meat. [Beis Shlomo, Yoreh De’ah 192; Beis Yitzchak, Yoreh De’ah 1:143; Eretz Zvi (Teomim), Yoreh De’ah #34]

“One can be lenient, if needed, especially in a factory setting where employees do not typically eat the food being produced.

“Similarly,” concluded Rabbi Dayan, “poskim allow a Jew to serve as a brokering agent between gentiles for non-kosher food. Preferably, though, he should not handle the food so that he won’t eat it accidentally. He may not broker to non-observant Jewish clients, though. An import/export manager is similar to a broker.” [Darchei Teshuva, Yoreh De’ah 117:50-51; Chayim B’yad #17] 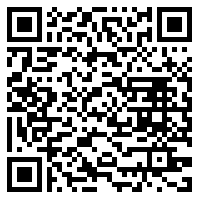