Yoni had borrowed a drill from Pesach, an acquaintance. After using it for about two weeks, he wanted to return it.

Yoni knocked on Pesach’s door, but no one was home. He considered leaving the drill at the door but decided against it in case something should happen to it. Yoni was about to head back home with the drill when he saw Yitz, Pesach’s next-door neighbor, outside the house.


“Good afternoon, Yitz,” Yoni said. “I came here to return a drill I borrowed from Pesach, but seems no one’s home. Can I leave the drill with you to give to Pesach when he comes home?”

“Certainly,” replied Yitz. “We often accept packages for each other!”

Yoni gave the drill to Yitz. “Thanks a lot,” he said.

The following day, Yoni called Yitz. “It turns out that I need the drill for another few days. Can I come by and pick it up?”

“Did you ask Pesach?” asked Yitz.

“I tried calling him but couldn’t reach him,” said Yoni. “What’s the difference, though? He didn’t limit how long I could use the drill and he doesn’t even know I returned it to you.”

“That’s true,” replied Yitz. “But once I have it, I don’t know that I can give it away without his permission.”

Yoni and Yitz decided to call Rabbi Dayan. After listening to both sides, Rabbi Dayan said, “A person who borrows an item for an unspecified time may continue using it until the owner requests it back [Choshen Mishpat and Nesivos 341:1]. However, once Yitz received the drill, he repossessed it on behalf of Pesach, based on the concept of zachin l’adam shelo b’fanav.

“The truth is, though, that when a guardian [shomer] gives an entrusted item to someone to return to the owner, the guardian is not yet relieved of his responsibility and therefore can request that the person give the item back to him. We do not necessarily apply zachin l’adam since there is no clear benefit to the owner in the item resting with the second person.

“However, if the owner does not rely on the guardian, or if he is known to regularly trust the other person who received the item, having the item in the trusted recipient’s hands is a benefit for the owner.

“Furthermore, if a borrower gives money to a person to return to the lender, it is beneficial that it be in that person’s hands and the person cannot return it to the borrower [Choshen Mishpat 125:1-2; 293:4].

“Similarly, presumably it is to the owner’s benefit that a borrowed item be returned and no longer used – certainly if it is in the hand of a close neighbor.

“Thus, Yitz repossessed the drill for Pesach,” concluded Rabbi Dayan. “If Yoni retakes it, he would essentially be borrowing it again without explicit permission. Although Pesach lent the drill to Yoni without a time limit, lending once does not automatically mean that he wants to lend it again. A person can only borrow from someone without permission if he is certain that the owner would permit him to borrow it” [Rema 381:1; Shach 358:1; Shulchan Aruch Harav, Hil. She’eilah #8; Pischei Choshen, Geneivah 1:15, 7:2]. 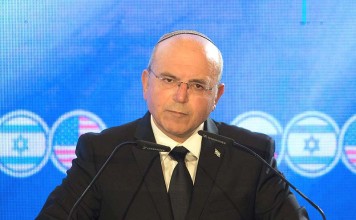 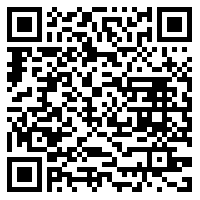