The past few parshahs have mentioned wars between nations and Israel’s conquest of the eastern bank of the Jordan. One Shabbos after davening, a debate arose between some congregants. “A nation that invades and conquers territory of another nation is no different than a thief,” argued Shalom. “Military might does not make right!”

“World history proves otherwise, though,” argued David. “Throughout history, nations conquered territories and expanded their land, exiling the local inhabitants. Can the Indians claim rights to their settlements from 300 years ago? According to you, if you don’t live in Manhattan, which was purchased from them, you’re living in illegal, conquered territory!”


“What nations did proves nothing,” replied Shalom. “Many wars were waged by immoral leaders. Who says that there is legal or halachic validity to their conquest? Are you claiming that once a country conquers territory, it becomes theirs and the original nation has no right to demand it back?”

“It can demand, and if they achieve the means to reclaim it, it becomes theirs again,” replied David. “But so long as the territory is in the hands of the conquering nation, that nation owns and rules it. This has been the history of Europe for centuries, with tracts of lands going back and forth between warring nations.”

“And what about Israel’s conquest of the Land of Canaan,” added David. “Would you also say that it has no legal validity?”

“That’s different, because God commanded them to conquer the Land,” countered Shalom. “Conversely, in your view, when the Romans conquered Israel, and all the nations afterward, did it become theirs?”

The two decided to approach Rabbi Dayan. “What is the halachic status of conquered territory?” asked Shalom.

“In general, acquisition of stolen real estate has no validity,” replied Rabbi Dayan. “Even if the owner despaired of reclaiming his property – yei’ush – and the thief sold it to others, they do not acquire it (unless the original ownership has been completely forgotten). The rightful owner can demand his property back, and the buyer is entitled to reimbursement from the one who sold it to him.” (C.M. 371:1; Y.D. 276:6; Nesivos 371:1)

“It would seem, then, that conquered territory should have to be returned,” said Shalom.

“There is a difference between theft on a private level and land conquered through war,” replied Rabbi Dayan. “Am Yisrael was not allowed to attack Moab, but they took possession of Cheshbon, a Moabite city that was conquered earlier by Sichon. The Gemara [Gittin 38a; Chulin 60b] derives from this that although there is no legal acquisition of stolen land, there is legal acquisition of land conquered through war. Thus, Cheshbon was no longer considered Moabite territory, but rather Emorite, so Am Yisrael was able to possess it from Sichon.” (See Rambam, Hil. Melachim 4:10; Hil. Avadim 9:4; Y.D. 267:18)

“What is the logical basis, though, for this distinction?” asked David.

“Some base it on dina d’malchusa dina, the law of the land,” replied Rabbi Dayan. “Others base it on avudah mimenu umikol adam, irretrievable loss, which becomes hekfer, or ownerless; others explain it as a special case of yei’ush. It’s interesting to consider, according to each reason, what would be if international conventions stated otherwise.” (Encyclopedia Talmudis, vol. 27, pp. 123-135)

“What about gentiles who captured territory in Israel?” asked Shalom.

“According to many authorities, they do not acquire full ownership,” replied Rabbi Dayan. “God promised the Land of Israel eternally to Avraham and his descendants. Thus, foreign conquest of Israel does not revoke the eternal rights of the Jewish people to their Land.” (Chazon Ish C.M. 1:27) 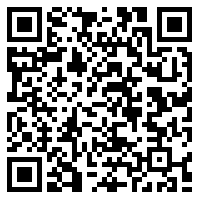