Our sugya introduces the Torah prohibition against anyone being in the Ohel Moed when the kohen gadol enters the Kodesh Kadoshim: “Let no man be in the Ohel Moed when he comes to atone in the holy place until he leaves” (Vayikra 16:17). Since this is an explicit Torah prohibition, the obvious question is: Why is it not found in lists of the 613 mitzvos?

Not Even the Angels May Enter

The Rishonim on our sugya cite the Yerushalmi which states that the pasuk, “Let no man be in the Ohel Moed,” applies even to the angels. They too are considered “men,” as Yechezkel HaNavi says: “The features of their faces were like the features of a man” (Yechezkel 1:5).

This raises yet a third question: How could the Torah address a mitzvah to the angels? The Torah was given to the Jewish people; it was not given to the angels. We do not normally find any mitzvos or aveiros directed at angels.

A Prohibition for the Kohen Gadol

In light of these three questions, we must reappraise our understanding of this halacha. Until now, we assumed there was a prohibition forbidding anyone from entering the Beis HaMikdash while the kohen gadol was performing his service. Perhaps we should more correctly state that the kohen gadol was forbidden to perform his service while there was anyone else in the Beis HaMikdash (and if anyone else was there, his service would be pasul – see Teshuvos Ohr HaMeir: Kuntrus Acharon, pp. 334-335; Maharam Charlap, in a letter to R’ Meir Shapira, et. al.).

Third, based on our new understanding of this prohibition, it is obvious that the prohibition is not directed at angels. Rather, it is aimed at the kohen gadol.

The Greatness of the Kohen Gadol

Rabbeinu Bachaye (Vayikra 16:17) comments that on Yom Kippur, the kohen gadol reached such an exalted level that even the angels stood aside to make room for his service.

Interestingly, the Midrash (Vayikra Rabba 21) asks how the kohen gadol fulfilled the pasuk, “Let no man be in the Ohel Moed.” Was he not, too, a man? The Midrash answers that no, while he served in the Beis HaMikdash the kohen gadol was exalted above the level of all other men. He became a living fire. Therefore, this pasuk did not apply to him (see Beis Ha’Otzar by Mahari Engel, p. 67).

I Was On Mt. Meron 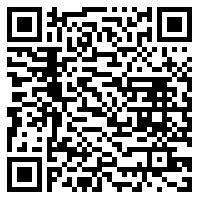