Rav and Resh Lakish say that as a practical matter the disciples of Shammai followed the rulings of Beth Hillel, despite their many disagreements. The Gemara gives two possible reasons for their behavior: 1) a bas kol proclaimed that the halacha is in accordance with Beth Hillel and 2) the members of Hillel’s court were more numerous (thus requiring the students of Shammai to yield to the majority view).


An Infant In A Sukkah

A mishnah (Sukkah 28a) records a dispute between Beth Shammai and Beth Hillel regarding the age at which children must be trained to fulfill the mitzvah of sukkah. Beth Shammai maintain that even a very young child who requires his mother’s constant care must dwell in a sukkah. Beth Hillel disagree. Nonetheless, Shammai once created an opening in the roof above his infant grandson’s crib and placed sechach above his head so that the baby would be in a sukkah. The Gemara (15a) notes that this mishnah seems to contradict Rav and Resh Lakish since Shammai clearly followed his own position in this instance and did not yield to Hillel.

In The Eyes Of The Beholder

And yet, the Gemara states, perhaps we could suggest the Shammai made an exception in this instance since he was able to follow his own position inconspicuously since anyone observing him could easily think that he made a hole in the roof only so that the baby could get some fresh air. Rashi (15b s.v. “haro’eh omer…”) explains that since Shammai’s action could be attributed to an extraneous reason rather than to his dispute with Hillel, his deed did not violate “lo tisgodedu – you shall not create separate sects” (Deuteronomy 14:1) – which prohibits instigating machlokes in many instances.

The AruchLaNer (Yevamos 15a s.v. “u’behachi”) points out that Shammai’s violation or non-violation of “lo tisgodedu” should be irrelevant. The reason Shammi yielded to Hillel in general was because – as mentioned above – Hillel had more people in his camp or because a bas kol proclaimed that the halacha follows Hillel. Why, then, did Shammai violate his own rule to yield to Hillel’s opinion when it came to the disagreement regarding young children and the obligation to fulfill the mitzvah of sukkah?

Where It Is Conspicuous

The Rashba asserts that the real reason Shammai followed Hillel’s view is indeed because of “lo tisgodedu.” And that’s why he made a hole in the roof for his young grandson – since outsiders would attribute his action to other reasons and thus he could avoid violating “lo tisgodedu.” Why, then, does the Gemara give two other reasons for Shammai yielding to Hillel? Only, argues the Rashba, to explain why Shammai yielded to Hillel rather than asking Hillel to yield to him. Since disciples of Beth Hillel were more numerous (or because of the bas kol), it was appropriate for Shammai to yield to Hillel, rather than the reverse, in order to avoid violating “lo tisgodedu.” 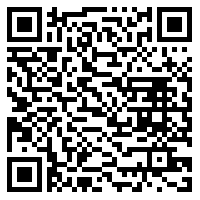