Our daf notes that an esrog is like other fruits that grow on trees in three respects: 1) orlah – it, too, is forbidden for the first three years following its planting; 2) reva’i – when harvested in the fourth year, it must be eaten (or redeemed) within the confines of Jerusalem by its owners; and 3) shevi’is – if it buds in the seventh year of the shemitah cycle, it is subject to the laws of shevi’is. In other ways, an esrog is similar to a vegetable, for it is tithed according to when it is harvested.

The Mishnah (Sukkah 39a) states: “If one purchases a lulav from his fellow [who is ignorant] during shemitah, he must be given the esrog [along with the lulav] as a gift since he is not permitted to purchase it in the sabbatical year.”

What The Mishna Did Not Say

The Chasam Sofer (on Sukkah 39b) asks why the Mishnah does not explain that the halacha is reversed when buying a lulav and esrog in the year following shemitah (i.e., in the eighth year). In that case, the lulav would be subject to shemitah laws since it grew during the seventh year, whereas the esrog, which was picked after shemitah, would be exempt. The Mishnah should have stated that in the year following shemitah, one should pay only for the esrog and accept the lulav as a gift.

An answer given in Mishmeres Mo’ed (Sukkah ad loc.) is that although the lulav must be given as a gift in the year following shemitah, the recommendation to pay more for the non-shemitah item while accepting the shemitah item as a gift is a greater chiddush. The Mishnah teaches us that even though an esrog is generally much more expensive than a lulav, it is permitted to employ this procedure and include the (relatively higher) cost of the esrog in the purchase price of the lulav and consider the esrog as a gift. Once the Mishnah teaches this halacha, it is obvious that in the eighth year, when the lulav is subject to shemitah restrictions, one can include the (relatively minimal) cost of the lulav in the price of the esrog.

Even though the Gemara (40a) initially assumes that a lulav (that sprouted during the seventh year) is subject to shemitah laws, many authorities (e.g., Rambam in his Perush HaMishnayos to Sukkah) conclude that a lulav is exempt from shemitah laws (since it is not edible). 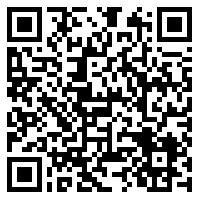