Staying Alive Underwater
‘She Has Already Ascended’
(Bava Kamma 50a)

Throughout the generations, amongst the most sensitive halachic questions have been those relating to agunos, women who are “chained,” unable to marry because their husbands have disappeared (while traveling, while fighting in war, etc.). What if a man was last seen falling into a body of water? How long must he be submerged for us to assume he drowned (and permit his wife to remarry)?

Our daf mentions a certain man named Nechunya, who was known as “the Ditch Digger” because he used to dig large, deep pits to collect rainwater so that pilgrims traveling to Jerusalem for the Festivals would have plenty of water to quench their thirst. Nechunya’s daughter once fell into one of these pits, and a crowd of people ran to R. Chanina ben Dosa to ask him to pray for her. The Gemara relates that during the “first hour” he said she was okay, during the “second hour” he said the same thing, but during the the “third hour,” he said, “She has already ascended [to heaven].” Too much time had passed for her to have remained alive in the water. In actual fact, she did survive, but that was obviously due to a miracle. Indeed, the girl later reported that an elderly man (Avraham Avinu himself, see Rashi, s.v. “vezakein”) came to her rescue.

Thus, this story seems to be clear evidence that a person can only be taken for dead if he is submerged underwater for three hours. The Rivash (Responsa 377) is of this opinion, and many Acharonim (Toras Emes 1, Eliyahu Rabbah 12) maintain that he bases his ruling on this story.

The Maharit (Responsa, Even HaEzer 26), though, points out that it is clearly impossible for a human being to remain alive for more than two hours undr water without oxygen. How, then, does one explain the story in the Gemara? The Maharit argues that “hour” – or “sha’ah” – in this story is not to be taken literaly. Rather, it means “time.” Thus, “first hour” really means “the first time,” “second hour” means “the second time,” etc.

Alternatively, the Maharit suggests that Nechunya’s daughter may not have actually been underwater; rather, she was clinging with all her might to stakes projecting from the sides of the pit.

How Long Is An Hour?

The Maharit quotes Tosafos (Sotah 11a, s.v. Miriam), who offers a proof that “sha’ah” does not always mean 1/24 of the day. The Mishnah (Sotah 9b) relates that Miriam anxiously awaited on the banks of the Nile for a sha’ah to see what would happen to her infant brother Moshe. The Tosefta (Sotah 4:1) states that the measure of Divine benefit is 500 times greater than the measure of Divine punishment. That means that a person’s reward for doing a good deed is 500 times greater than what is meted out for a single transgression. Thus, if Miriam waited one hour for Moshe, the Israelites should have waited 500 hours for her in the dessert. Yet, they only waited for her for a week, which amounts to 168 hours (Bamidbar 12:15). Clearly, then, “sha’ah” does not always means one hour.

Despite this proof and the Maharit’s opinion, Rabbi Akiva Eiger (Responsa, second edition, 47) argues that we should not disregard the Rivash’s opinion and we should only assume someone underwater is dead if he remains there for three hours. 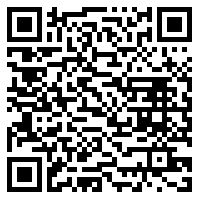