Our daf discusses a nine-month-old live fetus found within a slaughtered treifah animal. Raba maintains that even though the slaughter was invalid (due to it being a treifah), the fetus can still be eaten if it is shechted.

This halacha requires clarification. Since the mother did not impart her treifah status to her offspring (as evidenced by the fact that the offspring is fit for consumption after its own shechitah), why is there any need for the fetus to be shechted? A ben paku’a – a live animal that emerges from its mother – is permitted if either its mother’s two simanim (esophagus and trachea) were shechted properly or its own two simanim were shechted properly.

This question is strengthened by the halacha (mishnah, supra 72b) that the shechitah of a mother, even though a treifah (and obviously prohibited from being eaten), nevertheless suffices to prevent the dead animal from becoming defiled and classified as a nevelah.

A Matter of Choice

Rabbi Akiva Eger (Novella, Yoreh Deah end of siman 13) offers the following explanation. A ben paku’a is rendered permitted if its mother is shechted since it is viewed as a limb of its mother – “uber yerech imo.” Therefore, if the mother is a treifah, its fetus should also be treifah. Raba, however, argues that if the fetus is viable, the Torah offers us a choice: Either we view the offspring as one of the mother’s limbs and permitted because the mother was shechted or we view it as a separate animal, in which case it requires its own shechitah.

If the mother is rendered a treifah, the first choice gives us no option to permit the offspring. The second choice, though, does, which is why we take it.

Rabbi Chaim Brisker explains this halacha (cited in the responsa at the end of his son’s sefer, Chiddushei Rabbi Yitzchok Zev Soloveitchik, p.79a) by arguing that every shechitah accomplishes two functions: It prevents the tum’ah of nevelah from taking hold of the animal, and it permits the animal’s meat for consumption.

The Brisker Rav infers from the Rambam (Hilchos Ma’achalos Asuros 5:15) that the reason the meat of a treifah is forbidden for consumption is that it lacks an effective shechitah. True, shechitah on a treifah ensures that it is not nevelah; however, it cannot render the animal fit for consumption. And since it isn’t fit for consumption, neither is its fetus. That’s why it must be shechted. 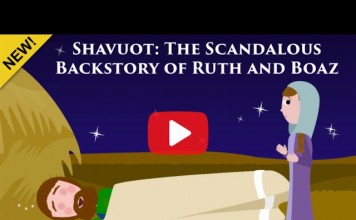