Feather-Plucking 101
‘The Blood Will Easily Flow Out‘
(Chullin 93b)


The Torah (Vayikra 17:10-12) states: “you may not consume blood.” Since salt easily draws out blood, one must salt meat before eating it (see Shulchan Aruch, Yorah Deah 69). Our sugya notes, though, that if a person cooks meat by placing it on a spit directly over fire, salting is not necessary since the flames of the fire cause the blood to flow out.

Plucking Feathers Is Not Easy

Not too long ago, people would buy a chicken, bring it to a shochet, and then, once shechted and inspected, approach pluckers in the marketplace who would remove the feathers. Plucking is not simple. Each feather sprouts from and fills its own membrane-lined cavity. Plucking must be done forcefully but with skill so that meat and skin are not removed with the feathers.

Plucking is easier if one first soaks the chicken in boiling water. The feather cavities expand from the heat, softening the connection between the feather and the membrane. However, doing so is forbidden because the boiling water locks the blood in. Minhagei Maharil mentions that soaking fowl in boiling water was not allowed “even for a wedding or bris where numerous fowl are prepared” (Hilchos Isur Veheter MiSha’arei Dura, 10).

The Maharil cites putting fowl in cold water as an alternative solution practiced in various communities. This trick was investigated in recent times, and it works. The best temperature is between zero and eight degrees Celsius (32 to 46 degrees Fahrenheit). Very cold water, it turns out, is just as good as boiling water for plucking.

But cold water may also cause meat to retain blood. Indeed, the Meiri writes clearly (to Chullin 113a) that when meat is rinsed before salting, it shouldn’t be left in water for too long because the water’s coolness makes the blood adhere to the meat (see Beis Yosef, Yorah Deah, 69, and Taz, ibid, 36:5). Therefore the custom developed to soak fowl in water whose temperature is no lower than 6-7 degrees Celsius, based on the Beis Yosef who writes that only in cold countries – in deep winter – is there a suspicion that cold water will keep blood in.

Because of the problems of soaking fowl in water, some people investigated if various chemicals could help make plucking easier while not causing the meat to retain blood. A substance called FSD was discovered, which melts the fats at the base of the feather, thus allowing for easy plucking. It was confirmed through investigation that FSD does not cause meat to retain blood.

The following are plucking secrets known to professionals: 1) Plucking a chicken that was beheaded after slaughtering is easier; the reason is unclear. 2) Feathers of roosters (males) are easier to remove than those of hens. 3) Plucking fattened fowl is easier. 4) It is easier to pluck fowl raised in natural surroundings than fowl raised in artificial settings.

In brief, anyone interested in plucking feathers himself had better shecht a fat, farm-raised, beheaded rooster! 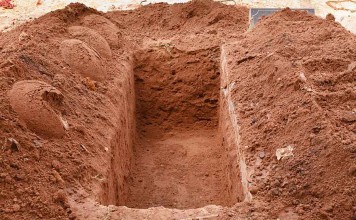 Deepening Our Perception Of Challenges