The Torah (Devarim 15:19) states: “lo sagoz bechor tzonecha – you may not shear [the wool] of your first-born sheep.” R.Yosi b. HaMeshullam (Mishnah, 24b), however, states that prior to slaughtering a bechor, one makes a clear space (by plucking hairs) on both sides of the place of shechita. Rashi explains that one does so to prevent chalada, passing the knife under cover.

The Gemara on our daf concludes that one can pluck hairs in this case because the Torah only prohibits giza (shearing), which is done with scissors. Plucking, by contrast, is done by hand and is called tolesh (tearing).

Uprooting From Its Place of Growth

The Gemara wonders whether it is permitted to pluck the neck hairs of an ordinary animal on Yom Tov to prepare it for shechita. The Gemara reasons that plucking should be prohibited because the prohibition of cutting hair on Yom Tov is not due to giza; rather, it falls under the general prohibition of uprooting something from its place of growth. This prohibition presumably covers tolesh (plucking) as well.

However, the Gemara concludes that plucking hairs by hand is classified as giza k’le’acher yad – plucking hair in an unusual manner – and as such is permitted from a biblical standpoint. It is normally prohibited rabbinically, but the Sages did not extend their prohibition when simchas Yom Tov is involved.

What About a Bird?

Tosafos (sv “d’hava lei”) rules, based on our Gemara, that plucking a bird’s feather on Yom Tov is always forbidden. The Rambam (Pirush HaMishnayos to 24b) rules accordingly. Plucking the hair (i.e., wool) of an animal for the purpose of shechita is permitted on Yom Tov, he writes, but not plucking a feather of a bird.

The Ramban (novella to our daf) disagrees. He argues that since one is permitted on Yom Tov to pluck a bird’s feathers after it is slaughtered in order to eat it, it is also permitted to do so prior to shechita, too. 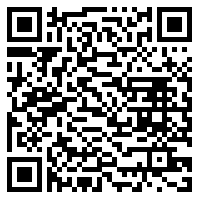