Many sugyos in our tractate involve the well-known difference of opinion on whether “a fetus is a limb (yerech) of its mother” or a separate entity.

If a fetus is not a limb of its mother, however, why is slaughtering a pregnant animal permitted? After all, the Torah says “Oso v’es beno – It and its offspring you shall not slaughter on the same day” (Vayikra 22:28).

The problem is that the Rambam himself writes elsewhere that a fetus is not a limb of its mother! (see Hilchos Isurei Mizbeiach 3:12 and Mahari Kurkus, ibid). Another problem is that the Gemara says (Bava Kama 78b; see Responsa Beis Yitzchak, E.H. 1:54:7) that slaughtering a pregnant animal is permissible according to all opinions.

Many poskim have tried to explain the Rambam’s ruling, including the Chelkas Yoav, who suggested a brilliant idea. He suggests that the dispute over the fetus’s status only concerns a fetus that is later born. Since it later became an independent entity, perhaps it was an independent entity earlier as well.

Why does the Rambam rule on this matter altogether, though, if the Gemara never did? A few poskim have found a fascinating solution to this question. The writings of the Geonim and Rishonim indicate that a serious argument took place between the Chachamim and the Karaites about slaughtering a pregnant animal. The Karaites contended that a fetus is considered “offspring” (beno), citing as proof Bereishis 25:22: “and the sons (habanim) agitated inside her.” They therefore claimed slaughtering a pregnant animal is forbidden because of the prohibition of “it and its offspring.”

The chachamim, on the other hand, led by Rabbi Meshulam bar Rabbi Klonimus (cited in HaEshkol, III, p. 70, and in the Albeck edition, II, p. 120, and remark 3) rejected their opinion. They said a fetus is not considered “offspring,” and the Torah calls Rivkah’s fetuses “sons” only because they were later born.

The Rambam had this argument in mind when he wrote, “It is permitted to slaughter a pregnant animal as a fetus is a limb of its mother.” The Rambam did not intend to rule on the well-known argument about the status of a fetus. He only meant to say that no one maintains that the fetus of a slaughtered mother is considered “offspring” – since it never separated from its mother (see Beis Yitzchak, ibid; Ohr Sameiach on the Rambam, Hilchos Shechitah, ibid; Magiah on the ‘Itur, shaar 2, Hilchos Shechitah, 28; and Torah Sheleimah, Bereishis, Ch. 25, os 85). 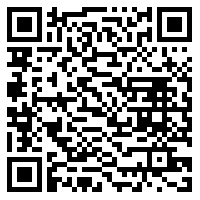