The Gemara on our daf says we dispose of unused ketores from a previous year by giving it to craftsmen engaged in the service of the Beis HaMikdash. The ketores would be considered part of their wages.

Ketores (and other karbanos tzibbur) was purchased with the half-shekalim collected from the Jewish people before every Rosh Chodesh Nissan. The Gemara (Jerusalem Talmud, Shekalim 1:1) derives from Scriptural sources that sacrifices offered after Rosh Chodesh Nissan must be purchased with shekalim designated for the new year’s sacrifices, not with shekalim designated for the previous year’s sacrifices.

The Gemara (Shevuos 10b) discusses sanctified tamid lambs that remain at the end of the year (i.e., after Adar). Rashi (ad loc.) writes that four unused tamid lambs remained at the end of every year. Why? Because the Mishnah (Arachin 13a) states that Temple authorities would always keep a minimum of six lambs on hand for the korban tamid (in case one or more developed a blemish, writes the Rashba, novella to 11a). Thus, on the last day of Adar, after two of those six lambs were used – one for the morning tamid and one for the evening tamid – four lambs remained unused.

A korban tamid actually must be examined for blemishes for four days before it is offered. Lambs for the daily tamid were therefore purchased in advance. The Turei Even (Rosh Hashana 29b), however, asks why. Why couldn’t Temple authorities examine the lambs without buying them? And if they refrained from buying them until they were needed, no lambs would ever remain at the end of the year.

The truth is that the Gemara (Shavuos 10b) mentions that Temple administrators attached an unspoken stipulation to some of their designations, allowing them to declare an animal hekdesh only if it was needed. But why was this conditional hekdesh necessary? Why not just wait to buy the animals?

Chullin In the Azara

The Netziv (Meromei Sadeh, to Shevuos 10b) answer that the administrators probably purchased and sanctified the tamid lambs prior to the four-day examination because the tamid lambs were kept in a chamber of the Temple courtyard called the lishkas ha’telaim (the chamber of the lambs), and bringing non-sanctified animals into the courtyard would be inappropriate. They therefore needed to be purchased and declared hekdesh in advance. 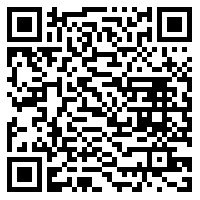