The Gemara states that even though Chananya permits shehiyah (leaving partially cooked food on an open flame on Shabbos) chazarah (returning food to a flame) is only permissible if the coals are garuf ve’katum – swept or covered.

Rashi (36b sv. “aval lo tavshil”) indicates that chazarah is prohibited because it gives the appearance that one wishes to cook the food further. The Ran (ad loc.) writes that Chananya’s concern is similar to the Rabbanan’s regarding shehiya – that one may come to stoke the coals (today that would mean moving the pot closer to the flame or raising the flame).

Thus, even if one accepts the lenient psak of the Rema (Orach Chayim 253:2) who rules in accordance with Chananya, it is important to perform grifa and ketima if one wishes to move a pot closer to the fire or lift it up to remove some food.

The Maharil (cited by Magen Avraham, Orach Chayim ad loc. sk 31) writes that placing a blech on the stovetop is the modern-day equivalent of ketuma and gerufa. The widely-practiced minhag today is based on this assumption (see Chayei Adam, 20:12, and Kisvei Rav Henkin, p. 21).

Rabbi Shimon Eider (Sefer Hilchos Shabbos, n. 961) cites Rabbi Aaron Kotler who maintains that covering the knobs on a stove or oven is equivalent to ketuma since it reminds a person not to raise the flame.

Rabbi Moshe Feinstein (Igros Moshe, Orach Chayim, vol. 1, responsum 93) disagrees. He argues that the essence of ketuma is accomplished today by covering the flame, not the knobs that control the flame. As the Ran explains, the whole point of ketuma (covering the coals) is to make a recognizable sign that one is only interested in letting the food simmer on its own; he does not wish to stoke the coals. Thus, only covering the flame constitutes ketuma. 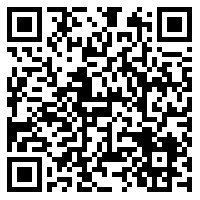