Waiting For Kiddush
‘Mazal Bears No Influence…’
(Shabbos 156a)


The Gemara on our daf states that a person’s nature and destiny is influenced by the day of the week he was born on and the constellation he was born under. R. Chanina says, for example, that an individual born during the hour when Mars (the red planet) is dominant is destined to spill blood.

(R. Ashi explains that the person isn’t destined to be a murderer. He can channel his natural tendency for spilling blood toward constructive purposes and choose a career as a surgeon, shochet, or mohel.)

Rashi writes that according to all opinions mazal influences the Jewish people as well, but R. Yochanan believes Jews are capable of overcoming an inauspicious mazal through prayer and charity and other meritorious deeds.

Tosafos cites Rava who says (Moed Kattan 28a) that one’s life span, children, and livelihood are not dependent on one’s merits but rather on one’s mazal. In an effort to reconcile Rava’s statement with R. Yochanan’s view of “ein mazal l’Yisrael,” Tosafos explains that a person can overcome his mazal due to a great merit.

Uniqueness of Av and Adar

The Ritva writes that one should be mindful of the mazal of Adar and Av despite R. Yochanan’s view that “ein mazal l’Yisrael” because these two months are exceptions to the rule.

The Magen Avraham (Orach Chayim 271:1) cites a Kabbalistic source, Tikunei Shabbos, which states that the first hour of Shabbos is under the power of mazal ma’adim (the red planet Mars) making it an inauspicious time to recite Kiddush. Therefore, he advises reciting Kiddush before nightfall when the mazal of tzedek (justice) is dominant.

The Shulchan Aruch HaRav (Orach Chayim 271:3) writes that those who are so scrupulous should recite Kiddush before or after the hour of mazal ma’adim.

Shabbos A Time To Enjoy

The Aruch HaShulchan (Orach Chayim 271:11) takes strong exception to the Tikunei Shabbos’s view, and writes, “Heaven forbid to suggest that Klal Yisrael are under the influence of mazal for R. Yochanan states ‘ein mazal l’Yisrael.’”

He goes on to say that the ancient nations, based on astrology, used to sit in darkness and cry on Shabbos because of the day’s mazal. To demonstrate to the Jewish people that they are not under the influence of any negative mazalos, Hashem commanded us to illuminate our homes and enjoy themselves on Shabbos. 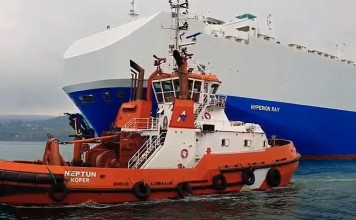