The Chazon Ish rules that the average street today is not considered a reshus harabim even if 600,000 people regularly travel on it (Orach Chayim 107:5). This ruling is based on our Gemara, in which we find that an area surrounded by walls is considered a reshus hayachid even if the walls do not enclose the entire length of each side. It is sufficient for each wall, even with gaps, to run across the majority of the side.

The Chazon Ish points out that buildings flank the majority of most city streets today, and at the end of a stretch of streets, there is often a dead end or a “T,” which closes off the stretch with a wall, barrier, or building. Although there may be breaks between the buildings on the side of the street, the street is still considered reshus hayachid since, as we said, the walls need not uninterruptedly enclose the entire length of a reshus hayachid.

Some say an opening of 10 amos (about 16 feet) or wider in a wall breaks up the wall so that it no longer is considered continuous. The Chazon Ish argues, though, that this ruling is only rabbinic, and a tzuros hapesach (or eruv) permits one to carry in a rabbinically-forbidden area.

Some Debate, Yet Support

The Chazon Ish concedes that his leniency is the subject of debate between earlier poskim. In the Beis Ephraim we find support for the Chazon Ish’s view, but the Mishkenos Yaakov writes that if a street 16 amos wide (25.5 feet) passes through gaps in a wall, the detached broken-up wall cannot make the street into a reshus hayachid, even if the majority of the is closed.

Since then, ancient manuscripts of the Tosafos Ha’Rosh have been found and printed. In them we find that the Rosh rules explicitly like the Beis Ephraim and Chazon Ish; no matter how large the gap in the wall, if the majority of the wall is closed, the area in it is considered a reshus hayachid according to Torah law if there’s a tzuros hapesach. 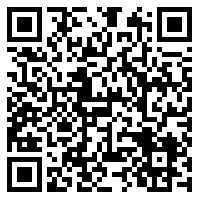