Blood On His Hands!
‘It’s Praiseworthy for the Sons of Aaron That They Walk in Blood…’
(Pesachim 65b)


The Gemara relates that it was customary on erev Pesach to plug up the drain in the azarah, and as a result, the blood of the paschal sacrifices would accumulate that day and reach the ankles of the kohanim. The Gemara explains that the drain was plugged because (according to the Sages) it was admirable for the kohanim serving in the Beth HaMikdash to walk in blood for it signified that the Temple service was beloved to them.

The Mishnah (Zevachim 15b) states that kohanim must stand directly on the floor of the azarah while performing the avodah; no chatzitzah may come in between their feet and the azarah. The Gemara thus questions why the blood didn’t constitute a chatzitzah. The Gemara answers that only dry blood constitutes a chatzitzah, not wet blood.

When a ritually impure person immerses in a mikveh, no foreign matter may be attached to his body (for that would constitute a chatzitzah). The Gemara (Eruvin 4b) notes, however, that if the attached matter is of no concern to the individual, it’s not considered a chatzitzah.

The Rema (Yoreh De’ah 198:17) rules that dry blood is not considered a chatzitzah for someone whose profession brings him into constant contact with blood, such as a butcher, because he doesn’t object to it.

The Shevus Yaakov (vol. 1:69) is troubled by the Rema’s ruling because our Gemara indicates that dry blood is considered a chatzitzah for a kohen even though a kohen, just like a butcher, is constantly involved with the slaughter of animals.

To answer this question, the Beth Yitzchak (Yoreh De’ah vol. II, 171:10) points out that even a Yisrael is permitted to slaughter a korban and that the Zohar (Parshas Naso, p. 124a) states that kohanim actually generally refrained from slaughtering animals (so that they wouldn’t soil their priestly vestments). Kohanim, therefore, are not in the same category as butchers who are constantly slaughtering animals.

What About a Mohel?

The Halachos Ketanos (siman 20) rules that dry blood on the hands of a mohel is not considered a chatzitzah and permits a mohel to wash his hands for bread (netilas yadayim) with dry blood on his hands.

He argues that just as the Gemara considers it admirable for kohanim to tread in the blood of sacrifices, it’s also admirable for a mohel to have blood on his hands as it illustrates his passion for the mitzvah of bris milah. Consequently, a mohel doesn’t object to the blood and it therefore doesn’t constitute a chatzitzah. 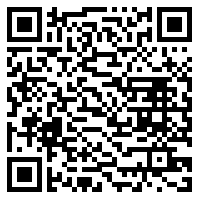