In the Rambam’s version of the Gemara, no distinction is made between a 13-year-old and a 20-year-old. Both must give the machatzis hashekel.

The Rivevan in his commentary to the Mishna (ad loc.) writes that the Temple treasurers would enter homes to seize items of value as surety to guarantee that annual machatzis hashekel was paid to the Temple treasury.

The Har Ephraim (by Rabbi Ephraim Garboz, published with the commentary of Rabbi Shlomo Sirlio, Jerusalem, 1958) asks why, according to the Rokeach, a 13-year-old boy was asked to donate the machatzis hashekel if he wasn’t obligated to pay until he turned 20. The Har Ephraim answers this question by explaining that there are two reasons for the mitzvah of machatzis hashekel:

2) Everyone must have a share in the sacrifices and therefore everyone must contribute toward their purchase.

According to the first reason, a person under 20 is exempt from the mitzvah because the Torah links this mitzvah to the census, and people under 20 were not counted in the census (see Shemos 30:14 and Rashi, Menachos 46b).

According to the second reason, though, a person under 20 is obligated to contribute a machatzis hashekel because he must participate in purchasing the korbenos tzibbur.

In The Torah’s Own Words

Vayikra 23:11 contains the word “li’retzonchem,” which presumably means “to find favor for you” (see Rashi and Targum Onkelos). Toras Kohanim, however, interprets “li’retzonchem” to mean “of your own volition,” which indicates that beis din should not compel the public to offer communal sacrifices.

Consequently, explains the Har Ephraim, someone below 20 was not coerced to contribute the machatzis hashekel even though he was obligated to do so.

Half A Dollar, Half A Pound…

The Rema (Orach Chayim 694:1) records the custom of giving half a coin of one’s local currency to tzedakah before (or on) Purim in commemoration of the mitzvah of machatzis hashekel. He notes that anyone below 20 is exempt from this obligation because, as the Gemara says, people under age 20 are not required to give a machatzis hashekel.

The Kaf HaChayim (Orach Chayim 694:22) states that some places send the collected machatzis hashekel funds to charities in Eretz Yisrael. This practice commemorates the practice in times of yore of people living outside Eretz Yisrael sending their shekalim to the Beis HaMikdash in Eretz Yisrael. 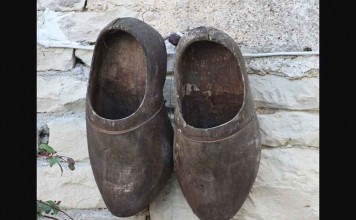