The Avudraham, one of the classic Poskei Rishonim, cites in the name of R’ Gershon ben R’ Shlomo, that the mitzvah to light candles for Shabbos is based on the mitzvah of oneg Shabbos. In order to enjoy the food that one eats, one must be able to see it. Therefore, Shabbos candles are lit in the place the Shabbos meal is consumed. However, there is no such mitzvah to light candles on Yom Tov, since there is no mitzvah of oneg Yom Tov. Therefore, R’ Gershon concludes that no bracha should be recited over lighting candles on Yom Tov (Avudraham: Maariv shel Shabbos).

In our sugya, we discuss the mitzvah of oneg Shabbos, which is based on the posuk, “Call the Shabbos a delight (oneg)” (Yeshaya 58:14). Although this posuk is found in Navi, many Rishonim maintain that it is in fact a Torah obligation (see Mishna Berura 242 s.k. 1; Shaar HaTzion ibid. See at length in the Meoros HaDaf HaYomi journal on Nedarim 66a and Pesachim 68b). The mitzvah of oneg Shabbos lends great significance to all the food eaten over the course of the Shabbos. Although it is generally permitted to eat untithed food in an informal setting, on Shabbos this is forbidden. Shabbos makes even a small amount of untithed food significant, and therefore it may not be eaten until tithes are taken. However, the Gemara does not clearly state whether there is a similar mitzvah of oneg Yom Tov. Therefore, the Rishonim debate the issue.

The Rambam writes explicitly that there is a mitzvah of oneg Yom Tov: “Just as there is a mitzvah to honor the Shabbos and to delight with it (oneg), so too is there a mitzvah with Yom Tov” (Hilchos Yom Tov 6:16). The Meiri (Beitza 3a, 35a; Shabbos 119a) writes the same, as do other Rishonim (see Ritva, Moed Koton 13a; Teshuvos HaRashba 4:317, et. al.).

A source for this can be found in the Midrash, which describes Haman’s conversation with Achashveirosh, and his slanderous description of the Jewish people. Haman complained that the Jewish people constantly indulge themselves with food and drink, with excuses of “oneg Shabbos and oneg Yom Tov.” (It is interesting to note that the Poskim consider the wicked Haman to be a valid source from which to draw halachic conclusions. See Noda B’Yehuda 2: Y.D. 161). Other Rishonim, including the Avudraham cited above and the Shaar HaMelech citing one opinion in the Meiri, maintain that there is no mitzvah of oneg Yom Tov. Tosefos asserts the same, and therefore rules that there is no obligation to eat bread on Yom Tov (Tosefos, Sukka 27a. See also Tzlach on our sugya, in regard to the effect of oneg Yom Tov on the laws of tithing).

The Shulchan Aruch, O.C. 529, rules that there is an obligation of oneg on Yom Tov, in accordance with the Rambam’s opinion. This obligation is derived from the continuation of the posuk cited above, “Call the Shabbos a delight… to sanctify Hashem in His honor.” Since the Yomim Tovim are sanctified to Hashem, as the posuk calls them “Mikraei Kodesh” (Vayikra 23:2), therefore one is obligated to partake of a bread meal to honor them. For this same reason, if one forgot to say Ya’aleh V’Yavoh during Birchas HaMazon, he must repeat Birchas HaMazon, as is the halacha with all obligatory bread meals – Shulchan Aruch O.C. 188:6. Since the accepted halacha is that there is a mitzvah of oneg Yom Tov, therefore a bracha must be recited over Yom Tov candles.

It is customary for women to light the Shabbos and Yom Tov candles. The question therefore arises whether the obligation of oneg Yom Tov applies to them, requiring them to recite a bracha over the candles. Perhaps oneg Yom Tov applies only to men, and therefore only men would be able to recite a bracha over the Yom Tov candles.

Normally, women are exempt from positive, time-bound commandments such as tefillin and tzitzis. However, they are obligated in the positive mitzvos of Shabbos, such as Kiddush and oneg. Our Sages learned this by comparing the words zachor and shamor, from the two renditions of the Ten Commandments. Hashem spoke these two words simultaneously, to teach us that women who are obligated in shamor (observing Shabbos by refraining from melacha), are also obligated in zachor, remembering Shabbos with kiddush and the other positive commandments of the day. Presumably, the same is true of Yom Tov, and they are also obligated in the oneg and kiddush of Yom Tov.

Are Women Exempt from Kiddush on Yom Tov ?

The Rishonim debate whether women are obligated in the mitzvah of simchas Yom Tov (rejoicing on Yom Tov). The posuk states: “You and your family shall rejoice” (Devarim 14:26). Some Rishonim understood from here that there is a mitzvah for all members of the family to rejoice, including the women. Others understood that the mitzvah is incumbent upon the father to bring joy to his wife and children on Yom Tov. Therefore, we could not rightly say that women are obligated in this positive, time-bound commandment.

Even if we were to concede that women are obligated in simchas Yom Tov, this does not necessarily entail a mitzvah of oneg. Simcha is fulfilled through meat and wine, while oneg is fulfilled by eating a bread meal. On Chol HaMoed, for example, there is a mitzvah of simcha, but there is no obligation to eat a bread meal (see Mishna Berura 530 s.k. 1). Perhaps the same is true of Yom Tov for women.

Even according to this opinion, a woman may still recite Kiddush on Yom Tov. She is not necessarily obligated to do so, but she may if she wishes. This is based on the Ashkenazic custom for women to recite brachos over sukka, lulav, and other positive, time-bound mitzvos that they perform voluntarily. For the same reason, they may recite a bracha over candle-lighting on Yom Tov, since they may voluntarily fulfill the mitzvah of oneg, and even recite a bracha over it.

However, the Sephardi custom is for women not to recite a bracha over positive time-bound mitzvos that they perform voluntarily (as the Beis Yosef rules). According to R’ Akiva Eiger’s conclusion, they should not recite a bracha over candle-lighting on Yom Tov, nor recite Kiddush, since they are not obligated in these mitzvos.

However, many poskim reject R’ Akiva Eiger’s conclusion, and rule that women are in fact obligated in Kiddush on Yom Tov (see Shulchan Aruch HaRav O.C. 271:5; Ben Ish Chai, Second Year: Bereishis, 11; Igros Moshe O.C. 4:100; Shemiras Shabbos K’Hilchoso ch. 47, footnote 26). They understood that the laws of Yom Tov parallel the laws of Shabbos, and women are obligated in the positive commandments of both (although Kiddush on Yom Tov is only a Rabbinic obligation – see Maggid Mishna, Shabbos 29:18). Accordingly, women are also obligated in oneg Yom Tov, and therefore they recite a bracha over Yom Tov candles. 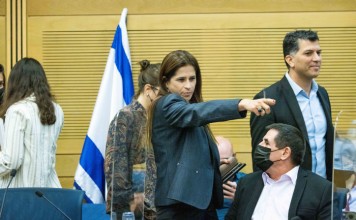 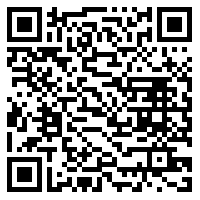