In Tractate Rosh Hashana, we will learn about with the laws of shofar blowing and the tefillos of Rosh Hashana. However, these subjects will be discussed primarily in the second half of the masechta. The first chapter of our masechta discusses a wide variety of issues, including the prohibition of “bal t’acher – Do not delay payment for the fulfillment of your vows.”

The year for the Jew revolves around the moon’s monthly renewal, and it is the Jewish people [Beis Din] who proclaim the new month, which in turn determines the festivals. The relevance of Beis Din’s determinant relationship to the new month also relates to the year of the king’s rule. As soon as a new king was enthroned, that month began the first year of his rule irrespective of how far or close it was to Rosh Hashana. We will therefore discuss at length the mitzvah of kiddush hachodesh, in which the Beis Din inaugurated the new month based on the testimony of witnesses who testify that they sighted the new moon. In the Meoros HaDaf HaYomi publication of Tractate Rosh Hashana, a special kuntrus was added, which discusses this mitzvah against the background of an in-depth discussion of the lunar and solar cycles, and their ramification in Torah law. Even a person with no background in astronomy will find these concepts easy to grasp by means of the dozens of beautiful computer-generated images that illustrate the kuntrus.

One of the major points of discussion is the molad, the first appearance of the new moon. Today, we make use of a calendar that tells us in advance when the new moon will appear. However, in the time of the Gemara, before Hillel developed the calendar, the new month was still declared by the Beis Din, based on the testimony of two witnesses who sighted it when it first appeared. The Beis Din would interrogate the witnesses to ensure that their testimony was legitimate, and then announce: “Mekudash! – The new month is sanctified.” That day would then be declared as Rosh Chodesh. In order to understand this process, we present here a basic background to the subject. The lunar month is calculated to roughly parallel the orbit of the moon around the earth. The moon makes one complete circuit every 29.5 days. However, we cannot declare Rosh Chodesh in the middle of the day. Therefore, we must maintain the parallel between the months and the lunar cycle by alternating between 29- and 30-day months, based on the testimony of witnesses as to when the new moon was observed.

The Waxing and Waning of the Moon

When a month is concluded, the moon returns to its position between the earth and the sun and disappears from our view. For the first few hours after the moon moves from this center point, the light is so small that it is still invisible. Only when the moon continues in its orbit does it then become visible again from the earth. Before Bnei Yisrael left Egypt, Hashem revealed to Moshe Rabbeinu the patterns of the heavenly bodies. Thereby, the Sages always knew the position of the moon, even if it was not yet visible to their eyes.

Development of the Calendar

Until the days of the Amora Hillel (a descendant of R’ Yehuda HaNasi, not to be confused with Hillel the Elder, founder of Beis Hillel) the new month was still inaugurated based on the testimony of witnesses in Beis Din. However, as the Jewish people were plagued with a series of terrible calamities, and there was no longer a Beis Din authorized to sanctify the new moon, Hillel developed a calendar by which the new months would be calculated until Moshiach’s arrival. May it be soon and in our days. 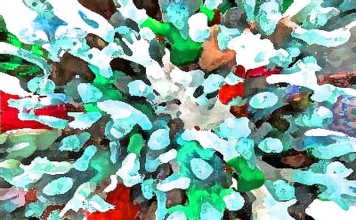 Lot And The Danger Of Getting ‘In With’ The Wrong Crowd 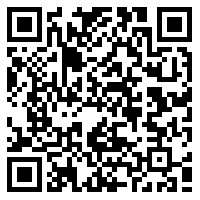