My Plate, My Food
‘My Loaf Is Forbidden To You’
(Nedarim 34b)

R. Hiyya bar Abin asks about the halacha in a case in which Reuven told Shimon, “My loaf [of bread] is forbidden to you,” and then gives Shimon the bread as a gift. Perhaps, wonders R. Hiyya, the term “my loaf” implies bread that legally belongs to Reuven, not bread that Shimon acquired from Reuven as a gift, since such bread is now the legal possession of Shimon.

A Guest for Dinner

The Mefaresh (see also Rashi, ad loc.) has another version of the Gemara, which reads that if Reuven invited Shimon as a guest and subsequently declared, “Kichri alayich” (my loaf is forbidden to you), the vow does not forbid Shimon to eat bread that is served at Reuven’s table. The Mefaresh explains that by virtue of Reuven’s invitation to Shimon to eat with him, Shimon has acquired the right to eat a portion of bread. Therefore, the portion served to Shimon is not forbidden to him by Reuven’s subsequent vow, “My loaf is forbidden to you,” since that bread was no longer in Reuven’s possession at the time he pronounced the vow.

Whose Food Is It?

The above-mentioned dispute has halachic ramifications regarding the laws of kiddushin.

Ri”az (cited by Shiltei Gibborim on Rif – end of the chapter Ish mekaddesh in Tractate Kiddushin) states that if a guest takes his portion of food and gives it to a woman as a token of kiddushin, the betrothal is valid (even though it is essential that the groom have legal ownership of the item he uses for kiddushin). Ri”az assumes that the host has no objection if his guest chooses to use his portion of food to effect kiddushin instead of eating it, and therefore he may use his portion for kiddushin (see Rema, Even HaEzer 28:17).

Rabbi Shlomo Kluger (Nidrei Zerizin Vol.3, ch.4:21), however, suggests reconciling the ruling of Ri”az with the position of Ran. He cites the Magen Avraham, who draws a distinction between food served to guests on a common serving platter and food served as individual portions. The Magen Avraham (Orach Chayyim 175:s.k.4) submits that food served to a guest on an individual plate becomes the legal possession of the guest since it was given exclusively to him. As for food served on a common serving platter, everyone seated at the table shares in the ownership of that food.

The Nidrei Zerizin suggests that when Ran states that bread served to guests legally belongs to the host, he is referring to bread placed in the center of the table on a common serving plate. A guest who has vowed not to derive a benefit from his host – or who has been singled out by a host who has vowed that this particular guest is excluded from eating that bread – may not eat from that bread because the host paid for it. Thus, even if the guest has a legal partnership in that bread, the guest may not partake of it since the host also owns a share in it.

Ri”az, in contrast, who permits a guest to use his portion for kiddushin, is referring to food that was served to the guest on an individual plate. It is possible that Ran would agree that such food belongs entirely to the guest (as the Magen Avraham says) since it was served exclusively to him. 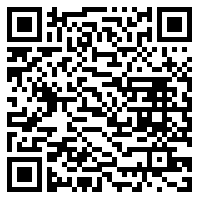