“Mazal tov!” Aharon announced to Akiva, his roommate of several years. “I just got engaged! I’ll be leaving the apartment in two months.”

“That’s wonderful news,” Akiva responded. “But what about our lease?” he asked “We have half a year left. I can’t cover the rent myself for the remainder of the year.”

“I’ll get someone else to replace me,” said Aharon. “The lease allows subletting with the landlord’s approval.”

“I already got the landlord’s approval,” said Aharon. “He was very happy to have a neat tenant in his apartment.”

“But I don’t agree!” insisted Akiva. “You can’t impose Ariel on me!”

Aharon saw the matter differently, though, so the two roommates went to Rabbi Dayan.

“Akiva has a rightful claim,” Rabbi Dayan said after he heard both parties plead their cases. “The Shulchan Aruch rules that Aharon cannot sublet his half of the apartment to someone against Akiva’s will.” [Choshen Mishpat 316:2]

“Why is that?” asked Aharon.

“Because people are typically particular about whom they live with,” replied Rabbi Dayan.

“Could you please elaborate?” asked Akiva.

“The Rosh writes in his responsa [1:2] that a person cannot sublet his half of a dwelling to a third party whom the other partner objects to,” said Rabbi Dayan. “People are particular about whom they wish to live with, so the remaining partner can claim he agreed to live with the initial partner but not with this new person – whether due to the person’s status or character.”

“Is this ruling accepted by all?” asked Aharon.

“The Rosh points to a case of a shipper addressed in the Gemara [Bava Metzia 79b],” Rabbi Dayan said. “According to R’ Chananel’s explanation, cited in Tosfos, the owner of the cargo sold it midway to another, but the shipper has no legal claim since he suffers no economic loss. The Rosh, though, differentiates between a shipper, who rents to a wide variety of people and does not have a personal relationship with them, and partners in a dwelling.

“Darchei Moshe [Choshen Mishpat 316:2-3] and the Gra [316:8] note that the Rambam [Hilchos Sechirus 5:5] seemingly equates the shipper case with real estate rental. Nonetheless, Darchei Moshe concludes that the Rambam does not argue with the Rosh. It is common for cargo to change owners and shipping is a short-term affair. The relationship is not one of partners.” [Pischei Choshen, Sechirus 4:10]

“Thus,” concluded Rabbi Dayan, “Aharon cannot transfer his half of the apartment to someone unacceptable to Akiva.” 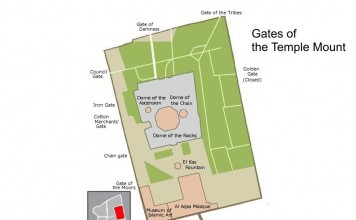