Mr. Chovel and Mr. Alter were neighbors who did not get along well. One day, the two got into a heated argument, and, in his rage, Mr. Chovel pushed Mr. Alter, who fell to the ground and sprained his ankle.


In explaining to the two men the halachic basis of any verdict the beis din would reach, Rabbi Dayan said as follows:

“We know that a person who causes injury is liable to make five payments: nezek (disability, permanent injury), tza’ar (pain), ripui (medical expenses), sheves (lost wages) and boshes (embarrassment). We appraised each of these…”

“Indeed,” Rabbi Dayan replied, “dayanim semuchim with an unbroken chain of ordination from Moshe Rabbeinu are necessary. Such dayanim became rare in the Roman period and haven’t existed for approximately 1,500 years now. The Gemara [Bava Kamma 84] states that dayanim who are not semuchim are authorized mid’Rabbanan to adjudicate only cases that involve loss of capital, which excludes fines (knasos), and that are common, which excludes bodily injury.

“The Shulchan Aruch writes that nezek, tza’ar, and boshes are excluded, but not sheves and ripui, whereas the Rema writes that even sheves and ripui cannot be adjudicated. Nonetheless, the Geonim instituted that beis din can require the injurer to appease the victim with a sum close to what they privately appraise [Choshen Mishpat 1:2, 5].

“Moreover, some say that when people come before beis din nowadays on such an issue, beis din can adjudicate and obligate the injurer to pay.”

“Because a person can accept upon himself judges who are otherwise disqualified, such as a relatives, thieves, or common people [Choshen Mishpat 22:1],” replied Rabbi Dayan.

“Nowadays, when people come before beis din, they almost always sign an arbitration agreement in which they accept the authority of the beis din,” concluded Rabbi Dayan. “Thus, based on the Sha’ar Mishpat and Beis Yehuda, beis din can also judge cases of bodily injury [Mishpat K’halachah 420:44, p. 482].” 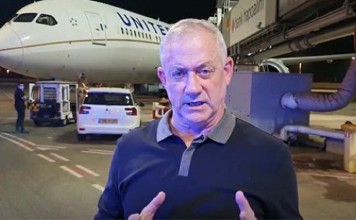