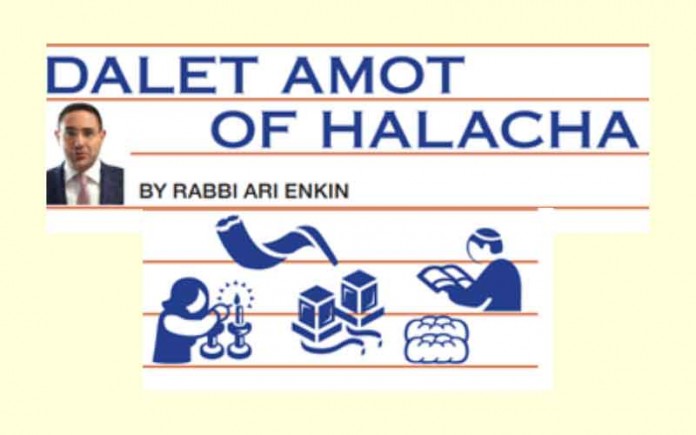 Among the restrictions of Tisha B’Av is that of greeting people, referred to as the prohibition of “sheilat shalom.”1 This, as most other Tisha B’Av restrictions, corresponds to the laws that apply to a mourner during the shiva period,2 since on Tisha B’Av, all Jews are in mourning for the Beit HaMikdash. One who is greeted on Tisha B’Av by one who may not know this halacha should not ignore the greeting lest doing so embarrass the other person, but should offer a return greeting in a mournful manner.3

It is not completely clear, however, if saying “good morning” or “hello” violates the prohibition of sheilat shalom,4 it is not entirely clear if such a greeting is indeed included in the prohibition.5


In order to properly understand the prohibition of greeting others on Tisha B’Av and what it entails, one must first understand what the definition of sheilat shalom truly is. When one Jew meets another he traditionally greets him with “Shalom Aleichem,” and the other returns the greeting with “Aleichem Shalom.” This greeting was instituted by the Sages.6 Greeting a fellow Jew in this way allows one to do so with G-d’s name, as “Shalom” is one of the names of G-d.7 Shalom does not merely mean “hello” as it is commonly used in everyday Hebrew, is actually a prayer that the person one greets be blessed.8

Therefore, offering another Jew “Shalom Aleichem” is more of a religious act than a greeting. Common expressions such as “hello” and “good morning” are not in the same category as to depth, structure, or status. As the Be’er Heitev writes: “It is possible to say that since most of our greetings today consist of simply “good morning,” it is not the true sheilat shalom. Further, it says in the Beit Yosef that saying “hello” is permissible. It also seems from the Darkei Moshe that greetings are only forbidden when one mentions G-d’s name.9 It is also permitted to wish someone “mazal tov” on Tisha B’Av,10 to say “yasher ko’ach,” and to ask someone how they are feeling.11

Thus, it is reasonable to suggest that the type of greeting that is forbidden on Tisha B’Av or by one who is in mourning, is one that includes the name of G-d. Somewhat related to this is the prohibition against greeting another person any day of the year before one has recited shacharit.12 Here too, the prohibition is specifically greeting others with G-d’s name, “Shalom Aleichem,” and not merely with “hello” or “good morning.”13

While it might be preferable not to offer any greeting whatsoever on Tisha B’Av (or when in mourning), it cannot be said, that a simple acknowledgment is in violation of halacha. As such, one who feels that it is rude or uncomfortable to pass others without an acknowledgement of some sort on Tisha B’Av should feel free to nod one’s head14 or to offer a somber “hello” without reservation.15 Often, merely greeting another person by saying their name in a somewhat formal manner and tone of voice accomplishes the same thing as well.