Question: Is a pious Jew allowed to desire the forbidden (as long, of course, as he doesn’t act on the desire)?

Response: The Talmud states that “no one should say: My soul cannot tolerate the meat of a pig; rather, one should say: I would eat it, but what can I do, it has been forbidden to me.” In other words, desiring forbidden foods is not a negative Jewish trait.


But what about desires for other forbidden items or deeds?

HaRav Shlomo Kluger contends that there is a distinction between different types of sins. There are logical mitzvot based on morality and ethics, and then there mitzvot beyond human comprehension (chukim).

Concerning the first kind of sin, one’s own rational mind should be powerful enough to eliminate even a scintilla of desire to sin. Accordingly, a truly observant and religious Jew should find lying, stealing, cheating, etc. morally repugnant.

Chukim, however, are laws whose reasons we don’t understand, and, therefore, there is nothing wrong with desiring to violate them as long as one doesn’t act on this desire.

Another distinction between logical mitzvot and chukim relates to how we should fulfill them. We fulfill logical mitzvot with great enthusiasm since they are obviously moral and of value. Regarding chukim, however, we fulfill them with the attitude expressed in Rabban Gamliel’s statement in Pirkei Avot: “Nullify your will before His will so that He will nullify the will of others before yours.” In other words, even though we may desire to violate chukim, we refrain from doing so and hope Hashem will reward us by nullifying the evil will of others toward us.

Rabbi Cohen is the recipient of the Jerusalem Prize and author of several sefarim on Jewish Law. His latest, “Shabbat the Right Way” (Urim Publications), is available in Judaica stores and at Amazon.com. 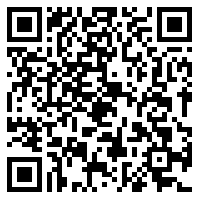