I once read that a real friend is someone who asks you how you’re doing and sticks around to hear the answer.

On the flip side, there are certain individuals who, when asked how they are doing, reply over-enthusiastically for full effect: “F-A-N-T-A-S-T-IC!” “A-M-A-Z-I-N-G!” “I-N-C-R-E-D-I-B-L-E!” Imagine being fantastic, incredible, and amazing, every single day!


It’s been noted that “we hide behind our Baruch Hashems.” In other words, when people ask us how we are doing we smile and nonchalantly reply “Baruch Hashem,” essentially skirting the question.

Of course, that doesn’t mean we should be detailing all our struggles and issues with every acquaintance who asks us how it’s going. But when we feel we have to present ourselves as if everything about us and our lives is perfect, we are doing a great disservice, to ourselves and to others.

One of our greatest needs is for validation. No one likes feeling like he or she is crazy or out of control. There is a vast difference, however, when everyone feels that he/she has to present his/her life as peachy, cheery and always perfect. When everyone around us is doing so, we start to wonder – what’s wrong with me? Why am I the only person that doesn’t have it all together, all the time? It’s at the root of the prevalent feelings of inadequacy that is part of so many people’s lives.

Rabbi Dr. Abraham Twerski noted that addicts who attend twelve-step meetings have the greatest form of support. At those meetings, no one is recognized for their profession. A wealthy entrepreneur or CEO of a Fortune 500 can sit next to a pauper, and a prominent doctor next to an unemployed vagabond. At those meetings everyone leads by their weakness, and, therefore, everyone is able to draw support, love, and encouragement from each other. The barriers of shame, emotional darkness, and isolation are removed with the collective courage to be vulnerable.

Rabbi Twerski would note that if only we were able to bring such meetings to the general public, we too could gain so much from each other. But as long as we continue to hide behind our Baruch Hashems that can never happen.

A few weeks ago, hundreds of Jews from all over Eretz Yisrael attended the funeral of Lior Shai, who passed away at the relatively young age of 50.

Lior lost both his parents in a terrorist attack when he was three years old. He and his brother were raised by his aunt. Shortly after he and his wife married, they became religious, and raised a beautiful family of 10 children. Lior lived his life according to the teachings of Rav Nachman of Breslov.

When he was 50 years old, the tumor that would eventually take his life was discovered. Until the end, when he was asked how he was doing he would reply “zeh harega hamiushar b’chayay – This is the greatest moment in my life.” He would say that if all we have is this moment, then we have to see this moment as an opportunity.

Recently, his family compiled and circulated a beautiful video in his memory. It begins with a narration from his wife in which she speaks about their life together, what a positive person Lior was, and how he lived with tremendous bitachon in Hashem. The rest of the video has clips of people of all backgrounds repeating Lidor’s mantra: Zeh harega hamiushar b’chayay.

I was very moved by the beautifully produced video and by its poignant message. Who doesn’t want to live a life in which he or she constantly feels “this is the greatest moment of my life”?

But upon further reflection I realized that living up to such a beautiful mantra isn’t achieved by watching a five-minute video, no matter how incredible the video is. To live in such a manner that one always feels the present moment is the greatest gift, no matter what he is going through, entails a great investment of mental energy, a shift in perspective, and a great deal of faith. Those things don’t come easy. They are attainable, but only if one prioritizes it and is constantly reflecting on it. It seems that Lior, a”h, lived that way, because he prioritized it and worked towards achieving such a feeling constantly, even when he was sick.

Life is complicated, gray, messy, painful, perplexing, anxiety-provoking, and often downright confusing. While it’s never good to be a kvetch or a complainer, there is no virtue in removing from ourselves the greatest source of encouragement available – that of understanding friends and loved ones.

It’s also not all or nothing. A person is entitled to have a bad day or even week, and that doesn’t negate his/her efforts to be more positive and strengthen his faith.

Life is about the journey. We hope we have many years to continue the arduous climb before we arrive at the destination. Along the way we can continue to live an enriched life if we remind ourselves that every day is a gift, even on days when we don’t feel that way. 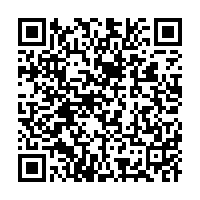