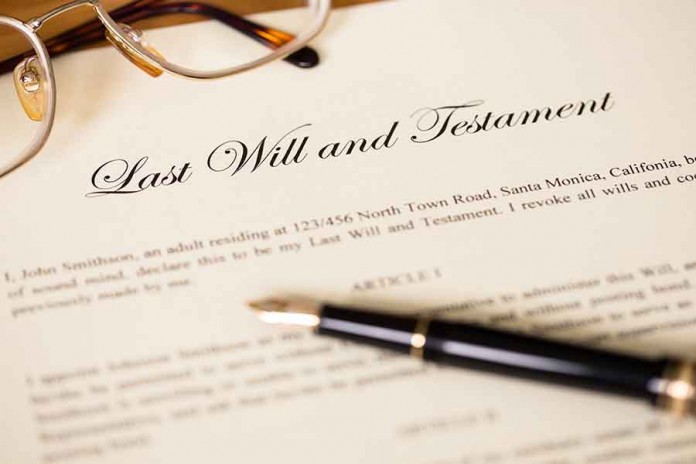 Mr. Ginsberg passed away at the age of 95. Unfortunately, he had never married and had no children. His two brothers had also passed away some years ago, so that he was survived by his nieces and nephews, his brothers’ children.

Mr. Ginsberg’s older brother had two daughters, and the younger one two sons.

Mr. Ginsberg had never written a will, so the court divided his estate, according to intestate law, equally between the four nieces and nephews.

The nieces were concerned, though, whether they had a right to accept their awarded share of the inheritance, since they knew that sons have halachic priority over daughters, and reasoned that the same is true for nephews and nieces.

The nieces turned to Rabbi Dayan, and asked whether they were allowed to take the court-awarded share of the inheritance?

Rabbi Dayan heard the details of the case, and replied: “In your particular case, there is no issue whatsoever!”

The nieces were happy to hear this, but were surprised at the response, and asked:

“Why is our case special? Why is there no issue for us?”

“Indeed, according to halacha, a daughter is not entitled to a share in the estate in the presence of sons,” replied Rabbi Dayan. “The Torah states, regarding the daughters of Tzelofchad: ‘If a person dies and does not have a son, transfer his inheritance to his daughter'” (Bamidbar 27:8).

“This applies not only to children, but also to grandchildren and other relations: brother/sister; nephew/niece. Thus, if a person has one child who passed away in his lifetime and left a son and a daughter, the grandson has halachic priority over the granddaughter in the estate. Similarly, if a person has no children, only brothers and sisters, the brothers have priority over the sisters.

“However, there is another principle, whose practical application sometimes leads to what might seem like an exception. The principle is that the descendants of a person most often stand in his place to inherit, when that person predeceases his inheritors.

“Similarly, if a person had two sons who passed away, one who left a son and one who left a daughter, the two grandchildren inherit equally, since each stands in the place of one son” (C.M. 276:3).

Verdict: A descendant stands in the place of his parent regarding priority of halachic inheritance.