At what age would you advise parents to allow their children to have a cell phone?


For what purpose does the child require a phone? Is he traveling on his own to and from school? Do his parents require more contact with him? Even in these circumstances, there is no reason whatsoever for opting for a smartphone, which gives an otherwise innocent child open access to a far-from-innocent world.

Even WhatsApp makes a child susceptible to bullying and generally enables conversations over which parents have limited or no control.

A standard “kosher” phone is always sufficient for communication purposes. Of course, giving children unfettered access to an iPad while denying them a phone is going to be one of those parental hypocrisies that will cause children to question their parents’ judgment.

The cry, “But all my friends have one” is where parental tact needs to kick in. The pasuk “veshinantam livanecha vedibarta bam” has to be an overriding principle here. A parent must carefully balance a child’s wants and needs and communicate that sensitively rather than dictatorially.

It is said, “There’s one way to bring up children correctly – only nobody knows what it is.” Thankfully, though, we have clear hadracha from the Torah and a vast rabbinic literature to at least give us a fighting chance.

Children should not be allowed to use smartphones – for a variety of reasons – even if they live in a community where adults use filtered smartphones for vital needs.

As for cell phones that can only be used to make calls (a “kosher phone”), the answer depends. A youngster who needs to have a means of reaching to his parents – i.e., he needs to call them, or others, regarding his transportation from school – should be given a cell phone.

But if there is no definite need – if the child only wants it to communicate with friends – he shouldn’t be given a cell phone. Only a teenager who already has an active social life should be allowed to own a cell phone according to the custom of the community.

It is difficult to give one answer to this question since people live in differing cultural contexts. Preventing a child from having what other children have in his or her age group in school can have negative consequences while simultaneously serving as a strong value statement.

Many of us live in a world of cell phones only. In my family apartment in Yerushalayim, we don’t have a landline. Everyone uses cell phones.

That said, the problem of exposing a child to aspects of the outside world prematurely is a real one. It is becoming more and more difficult to preserve any innocence in our children.

Assuming there is no safety considerations that require being able to communicate with the child, one should try to draw the line at entering high school. There comes a point at which the need for protection becomes balanced by the equally important value of showing trust in our children. Community standards will obviously affect this determination.

Often, parents give children their first cell phone because they want to have a ready line of communication with them; they want their children to be able to contact them promptly in case of an emergency.

There are various cell phones available with various features. When obtaining a cell phone for their children, parents should choose an age-appropriate phone that meets the specific needs of each child.

In the past 10 years, we’ve seen a dramatic decrease in social interactions and the quality of people’s lives. The ubiquitous iPhone has overtaken our lives, and the average person spends an inordinate amount of time looking at and speaking on his phone. Typically, it doesn’t add much benefit to a person’s life.

So one of the greatest favors you can do for your children is to delay as long as possible their having access to a phone. It is damaging to them academically, socially, and emotionally, and the more they’re exposed, the more addicted they become. So the longer a parent can keep a phone away from a child, the better off the child will be.

The only exception to this rule is if the vast majority of the child’s peer group has a phone. It’s unfair to ask a child to be different. The typical child will be unable to weather it without bitterness or maybe even feeling inferior and therefore if the overwhelming majority of his or her peer group has a phone, then unfortunately you have to allow your child to have a phone.

But under all circumstance and conditions, never should a parent give a child a phone without very strong filtering on it. Most parents are not capable of properly setting the filters, and therefore it is highly recommended that a parent bring the phone to TAG and have them set the filters because if you want to protect your child and allow him or her to flourish, you have to recognize the dangers that are out there and protect your child from them. 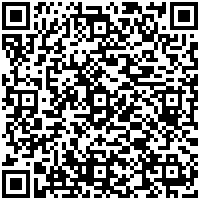