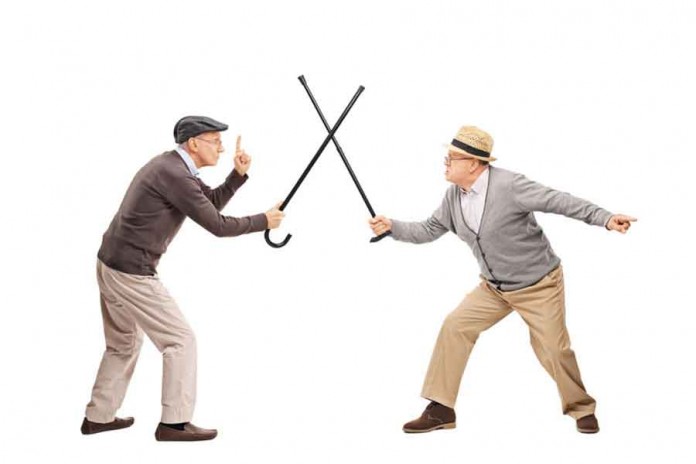 How does a person let go of a grudge against
someone who harmed him or her egregiously?

The simplest and most wholesome way to get rid of a grudge against another human being is to ask yourself: Who runs the world?


If I accept the fact that Hashem runs the world, and I accept – as the Chovos HaLevavos explains – that no human being can harm me or help me, then I recognize that this person did nothing to me. This pain, this insult, or this embarrassment was directed to me by my Creator, and this human being was merely the messenger.

When I’m able to get out of the thick and thin of this world and stop getting caught up in what looks like human control and recognize that everything is from Hashem, then I recognize that this person may have chosen to be the messenger – and I may not appreciate that – but I don’t bear a grudge against him because he can’t really cause me any harm.

The Gemara (Megillah 28a) quotes Rabbi Nechunya HaGadol’s secrets for longevity, one of which was that he didn’t bear a grudge.

The Shulchan Aruch (Orach Chayim 606:1) says one shouldn’t be resistant to forgive. The Rema rules: One shouldn’t be stubborn about forgiving. The Rambam (Laws of Teshuvah 2:10) calls someone who refuses to forgive “cruel.”

The Midrash (Tanchuma, Chukas) notes regarding the story of Avimelech and Avraham: “As soon as they said, ‘We have sinned,’ Avraham immediately forgave them.”

The Tanya (ch. 12), quoting the Zohar, says, “As soon as there arises from his heart to his mind some animosity…or a grudge and the like, he [should] give them no entry in his mind.”

From a psychological perspective, it’s better to forgive and forget than to let negative emotions crowd out positive feelings. Holding a grudge has many detrimental effects on one’s wellbeing, including increased depression, anxiety, and stress. Why let anyone who has wronged you have power over you?

The Tzemach Tzedek once said, “Adults hold grudges whereas children don’t hold grudges.” And he asked, “But adults are mature, children are immature. Why then does the child abandon the grudge while the adult can let it linger for day, weeks, sometimes even years?”

You want to be happy in life? Go rediscover the child within.

Spiritually speaking, one should not harbor a grudge because of the principle of mida kineged mida. If we act more forgivingly towards others, G-d will act that way towards us.

Finally, there’s the Sefer HaChinuch, which makes the point that everything is ultimately divinely ordained. As Yosef said to his brothers when they pleaded before him: “You didn’t send me here. G-d did.”

That’s high ground, but each of us can get there.

In the vast majority of cases, it’s prohibited to maintain a grudge. The Rambam requires a person who had been hurt to forgive if asked to do so three times. However, he doesn’t require the person to forgive a sinner who doesn’t acknowledge his guilt.

That said, Judaism is not Christianity, which always demands that a victim forgive a person who hurt him or her. For example, a victim of abuse whose abuser was never punished does not have to forgive.

Generally, though, we should trust Hashem’s judgment and avoid the corrosive effect of carrying a grudge.

If a person asks his forgiveness and makes amends, there is a mitzvah to forgive and forget.

If a person, however, spread slander or it’s clear he will probably repeat his behavior, and granting forgiveness will only make it easier for him to do so since he will rely on this future forgiveness, then one does not have to forgive and forget.

If the person who harmed him doesn’t ask for forgiveness, it’s praiseworthy for the victim to initiate a dialogue that could lead to the issue being settled.

In any case, to alleviate oneself of the burden of a grudge, one should try to judge the other person favorably. Try to see things from his perspective; doing so will minimize the hurt and grudge.

Also, remember that we are not perfect and perhaps have caused others pain and damage and want their forgiveness. Also, don’t forget that we seek forgiveness from Hashem for our infractions against Him. Knowing that Hashem relates to us as we relate to others makes it easier to forgive and forget.

Many years ago, my father, alav ha’shalom, was involved in a business transaction with a man he had known all his life, both being members of the same synagogue. This man cheated my father egregiously, causing him serious financial loss.

Years later, I received a call from my father. The man who had swindled my father was planning to be in New York for Rosh Hashanah. My father asked me to arrange a seat for him in my synagogue and to invite him to lunch. I was stunned. I asked my father, “This man cheated you and betrayed you. Why would you want to extend any kindness to him?”

My father replied, “What’s past is past. It’s no good to carry grudges. Life is too short to waste our emotional energy on anger or holding grudges.” And so, I arranged a seat for this man in my synagogue and invited him to lunch.

My father taught me an important lesson. Carrying grudges is not productive, not healthy, and not necessary. Grudges hurt the “grudger” more than the “grudgee.”

The Rambam taught (Hilchot Teshuvah 2:10), “When a sinner asks forgiveness, one should grant it with a full heart and willing soul. Even if the other had sinned greatly against him and caused him much anguish, he should not take revenge or bear a grudge.”

My father taught that one should not bear a grudge – even if the culprit doesn’t ask for forgiveness. I might have thought this was an impossible expectation. But my father proved it could be done… and should be done. 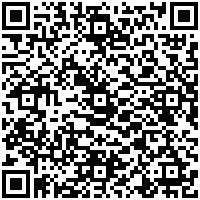